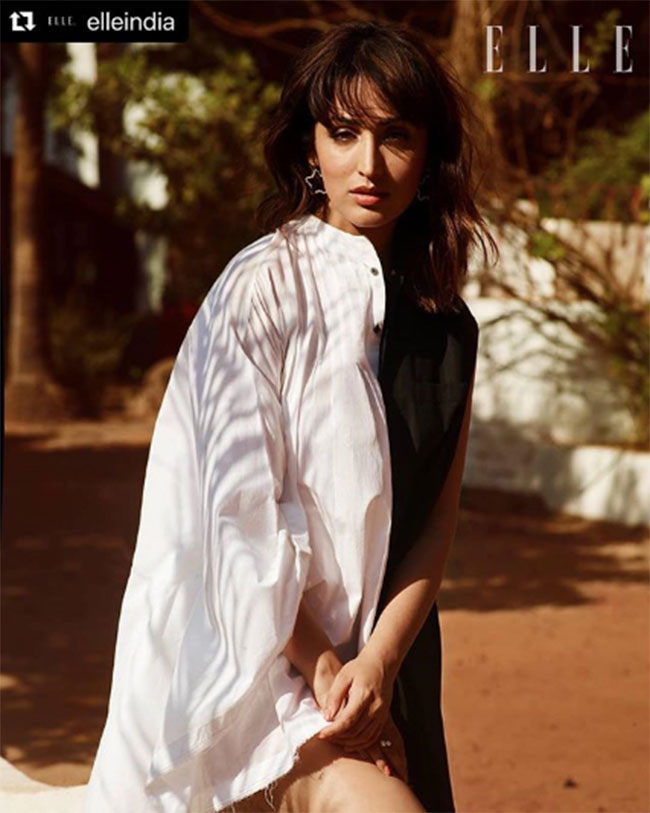 All the actresses are mostly posting the home yoga, exercise in the indoors kind of videos on Instagram but Yami Gautam has tried it different and has been posting sensual pictures of her that were from photoshoots of the past.

Actress Yami Gautam has always been in touch with her fans. Now her picture from a French based Indian edition of Elle Magazine photoshoot is going viral. In that pic she was seen wearing a mini black skirt and draped a white shirt on it in style and has posed a sensual look with the eyes that are tempting!

On the film front, Yami Gautam was last seen in the film ‘ Bala’ starring alongside Ayushmann Qureshi.