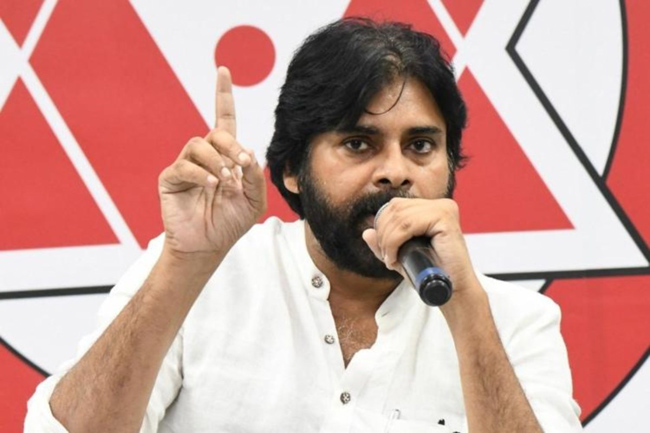 It appears Jana Sena chief Pawan Kalyan has finally realised that it is no longer feasible to run the party in the Telangana region. He has indirectly hinted at this in a recent chit-chat with the mediapersons in Hyderabad. Pawan Kalyan said that he is unable to compete in Telangana, where politics are hard-boiled and require unimaginably high amounts of money.

Interestingly, the regional parties in the Telugu states are now in for a recalibration. The TDP too has almost withdrawn to just AP. The Telangana unit is already moribund. Even the last sentinel of the TDP, LV Ramana, has joined the TRS. The YSRCP has withdrawn from Telangana way back in 2014 itself. Jagan did not even bother to acknowledge the existence of the party in Telangana. His sister Sharmila wants to build the party only in Telangana and not in Andhra Pradesh. The TRS has always been a only-Telangana party. Now, even Pawan Kalyan appears to have decided to confine his party only to Andhra Pradesh.

In his recent chitchat, he said that Telangana needs a new kind of youth who should take the lead in bringing about a transformation in the political scenario. He indirectly hinted that running the party in Telangana was not a viable option.

Practically, Pawan Kalyan never took Telangana politics very seriously. In 2018, he did form an alliance with the Left and the BSP. But, it ended up as a non-starter. Not even deposits could be secured in many places. Same way, he chose not to contest in the GHMC elections. The party had supported the BJP in the elections. Pawan Kalyan did not set up the organisational infrastructure in Telangana at any stage. Though conveners were appointed, nothing really moved ahead.

It is now likely that Pawan Kalyan will only focus on Andhra Pradesh from now. He would try to build the party in the coastal districts. Also he is likely to decide about his political partners very soon, say the political pundits. Whether he will stay with the BJP or form an alliance with the TDP will also be decided soon, they add.