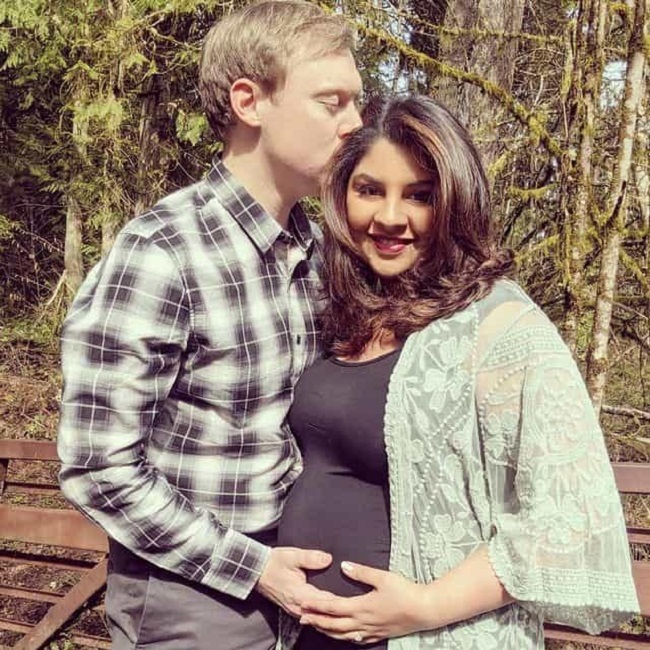 Bubbly beauty Richa Gangopadhyay forayed into Tollywood in 2010 with critically acclaimed Leader opposite Rana Daggubati. Later, she went on to feature in hit films like Mirapakay, Mirchi, and Sarocharu.

After three years of her career, she called quits and left for the USA in 2013.Richa Gangopadhyaymarried her college mate Joe Langella in 2019. After marriage, she changed her name to Richa Langella.The former actress took to Twitter to share the happy news of her pregnancy. She announced the good news with a heartfelt note.

“We’ve been keeping a LITTLE secret Shushing face. Joe and I are so excited to finally share with everyoneâ€¦. BABY LANGELLA COMING THIS JUNE! Our hearts are so full of happiness and gratitude Hibiscus. We can’t wait to meet our little bundle of joy!” her tweet reads.

In the picture she shared, Richa can be seen flaunting her baby bump while her husband is plating a kiss on her forehead. The couple looks adorable in the happy pick.