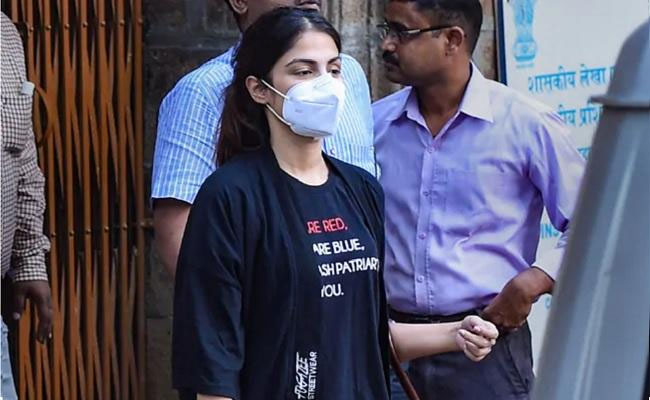 Now the actress Rhea is arrested by NCB and sent to Bykullah prison after the grilling of three days. It is said that the actress has mentioned the names if at least 25 actors and actresses who consume drugs.

She even affirmed that she never took drugs and only supplied to Sushant as per his request. It is evident that the actress’s brother Showik also was arrested after hours of questioning. Wonder how B-Town gets over this tension and hungama!

Leave all the case details aside, what caught the attention of media is her T-shirt and the captions written on it. The T-shirt read-Roses are Red, Violets are Blue, Let’s break the patriarchy me and you. In a way she said what she wanted to say while media has already passed judgement on her!

Several celebs have shared the T-shirt picture and showed their solidarity to the actress. It is said that the T-shirt manufacturer is receiving thousands of orders each passing day and thus they are elated with the times and shared that they distribute one year’s Sanitary napkins for each T-shirt sold! Any how Rhea is some help to this guys at least!