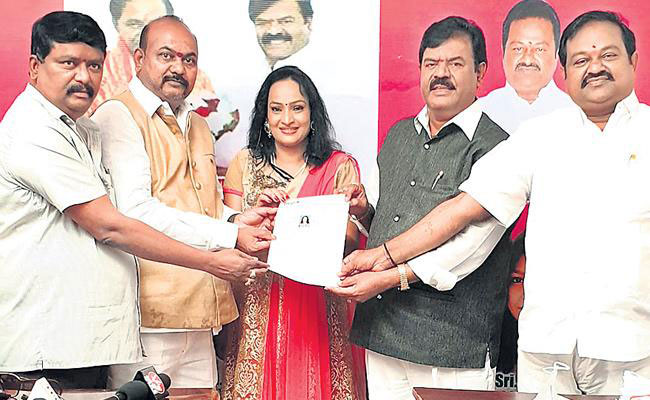 Actress J. Poojitha has been appointed as the Vice President of Telangana Movie Artists’ Association (TMA). Accordingly, Pratani Ramakrishna Goud, president of the Telangana Film Chamber of Commerce (TFCC), handed over the appointment letter to her on Sunday.

Speaking on the occasion, he said, “TFCC affiliate T MAA has appointed Poojitha as Vice President and she will continue as the Vice President till the elections for the post are held.”

The actress thanked TFCC President Pratani Ramakrishna Goud and other members for giving her the opportunity.

“I will work responsibly and maintain the trust placed in me,” she said. TFCC Vice President Ettari Gururaj, Secretary Kacham Satyanarayana, TEMA President J. Venkateshwar and others have participated in the event.