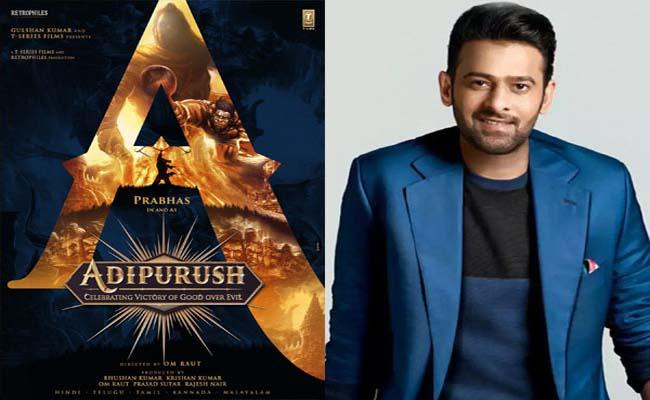 The new age Box Office Boss of Indian Cinema, Prabhas has no competition from his contemporaries in craze and Pan India image. The superstars of Bollywood too will fall short to the present day image of Prabhas!

Recently the movie makers T-Series has announced ‘Adi Purush’ which is going to be made on a whopping budget of Rs 500 Crores and is aiming at the global star status from the Indian sub-continent. Now the latest news from the Bollywood movie circles say that the production house and Director are adamant to allot at least 250 Crores for only Graphics in the film and they are also in plans to rope in World famous Graphics companies for the film and targeting the ‘Avatar’ range in an Indian Cinema

Ever since the film got announced, ‘Tanhaji’ director Om Raut is said to be betting big on Prabhas itself and has revealed in an interview that Prabhas is the biggest star now in India and moreover he has that calmness and aggression in his looks that exactly fit the role of Lord Rama. It is said that the movie would have major portions in Green Mat itself!

It is evident that Rebel Star Prabhas has gained die-hard fans in North India with ‘Bahubali’ Franchise directed by the ace director SS Rajamouli. Bahubali has been the first ever visual wonder to mesmerize movie lovers across the country!