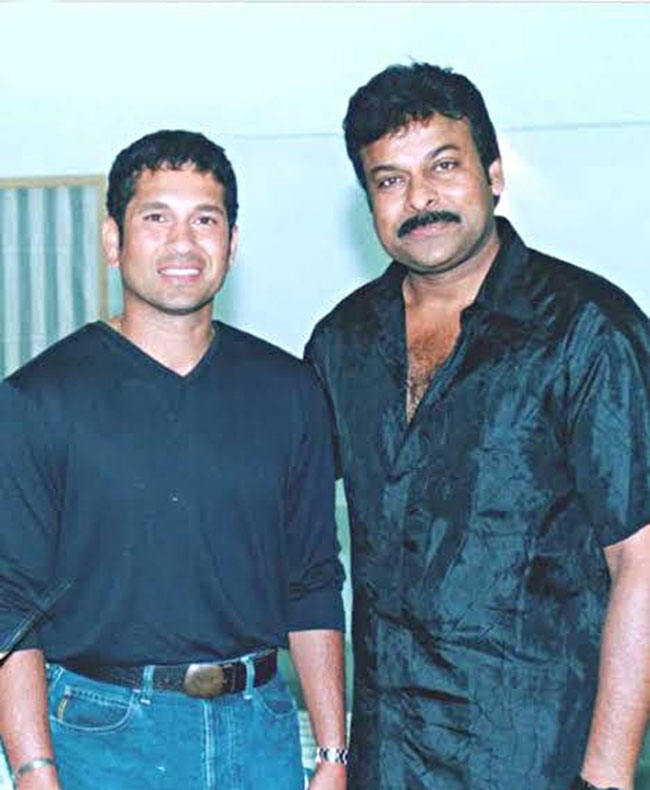 The megastar of Tollywood Chiranjeevi celebrated his 65th birthday yesterday ( August 22,1955). The action star like all the other stars requested all his fans to not indulge in any kind of mass celebrations amid the crisis hours.

The fans of the actor even trended his birthday big on Twitter from last night (August 21) with #HBDMegastarChiranjeevi and showered heaps and praises for this actor’s journey. They have literally written the filmography of this talented actor on their timelines that has surprised the movie lovers.

The master blaster of Cricket, Sachin Tendulkar made the birthday of Chiranjeevi even more special by sending wishes via Twitter, he has addressed Chiranjeevi as a graceful person and wished good health and better future for one of the biggest movie stars that India has ever produced.

Many of the film celebs wished a happy birthday to the maverick actor of Tollywood who has turned as the care of address for Telugu Cinema for almost 4 decades is impossible for any star today. Stars like Ravi Teja, Mahesh Babu, Allu Arjun and many others have showered wishes to the Tollywood stalwart while The power star Pawan Kalyan wished his brother Megastar Chiranjeevi have issued a letter of wishes on behalf of his Jana Sena Party. In his letter, he has addressed that his brother is his inspiration and has emerged like a river flow of water to give life to many others in his life.

Megastar Chiranjeevi’s family is overjoyed this year as they also indulge in Vinayaka Chavithi celebrations this year! On the film front, Megastar is busy with the Koratala Siva film ‘Aacharya’ which is almost 40% finished now!