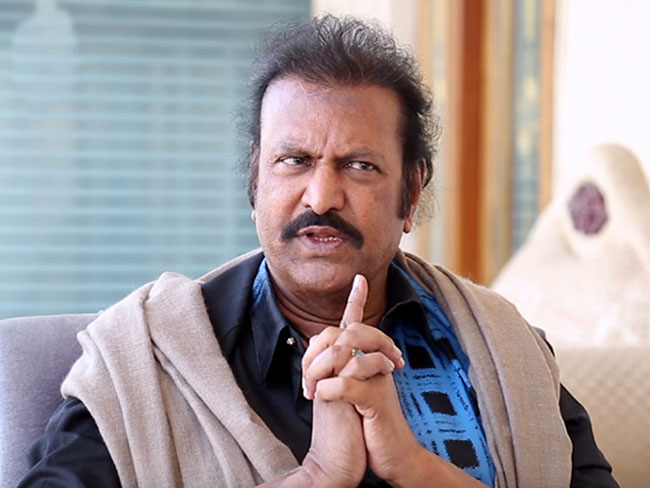 Dialogue King Mohan Babu recently celebrated his 70th birthday. The versatile actor is fondly called as ‘Dialogue King’ by his fans and he is also known as ‘Collection King’ as a producer. Mohan Babu has acted in 500 plus films so far and has produced 50 plus films on his banner Lakshmi Prasanna Pictures.

Mohan Babu had a great stint in Tollywood, his elder son Vishnu has recently come up with an idea to have the story of Vinayaka narrated by Dialogue King, the proud father has happily accepted and did it fantastically. The Ganesha devotees are enjoying the story and narration by this veteran star.

In a recent Interview, Mohan Babu has disclosed his plans of turning a Director and other future plans! He said that it takes immense brainstorming to turn a Director and thus he would take time until a subject thrills him to don the captain’s hat! Moreover he opened about his plans to play the role of ‘Raavana’ in a character-driven full length movie.

Mohan Babu is awaiting the release of Suriya’s upcoming film ‘Akasham Ni Haddu Ra’ in which he played a pivotal role. Directed by Sudha Kongara the film was expected to release this summer but plans failed due to the sudden outbreak of the pandemic. ‘Akasham Ni Haddu Ra’ will now premiere on Amazon Prime on October 30th this year.