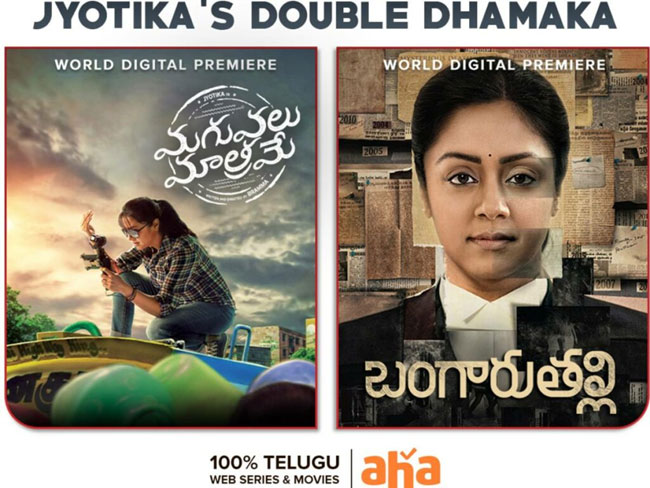 The OTT platform ‘AHA’ exclusively for Telugu content has been making efforts to entertain the audience by streaming some good films on the platform.

Now, the digital platform is all set to bring to treat for its audiences along with the fans of Jyotika.

Earlier, 36 Vayasulo, the Telugu version of Jyotika’s 36 Vayadhinile, was released and received a lot of appreciation from everyone. Now, the two films are set to capture people hearts. It will be a Jyotika Double Dhamaka weekend on Aha.