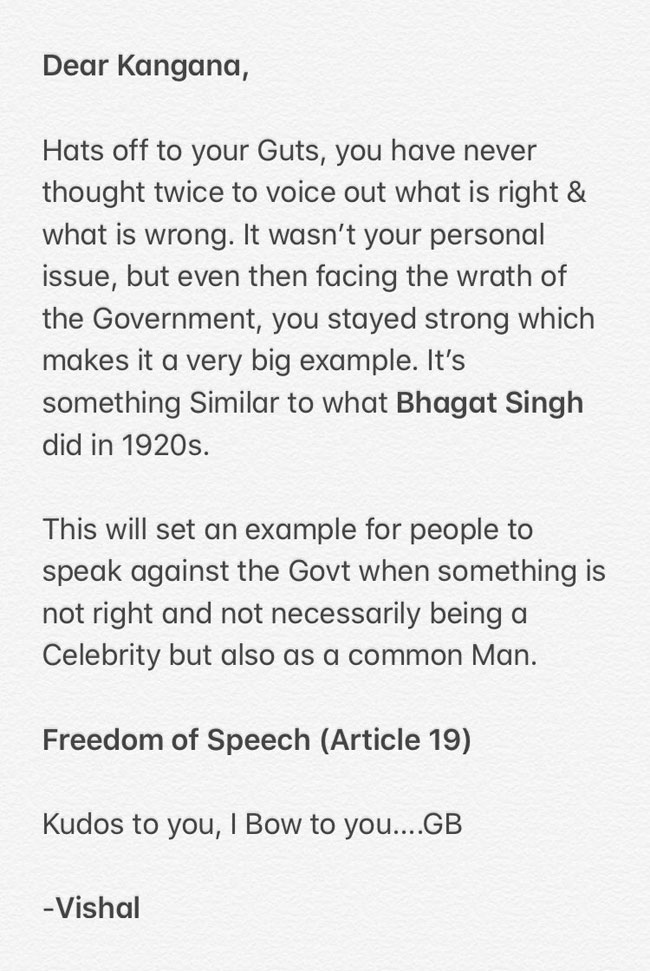 The young actor of Kollywood, Vishal yet again made news by supporting the queen of Bollywood Kangana Ranaut in her fight with their Maharashtra Government. He penned a letter of support to her saying she is fighting like Bhagath Singh of 1920s against the atrocities of Maharashtra government who demolished the house and targeting Kangana for questioning the case details of Sushant Singh Rajputs alleged Suicide. He said that Kangana will inspire many to fight for their rights not only as celebrity but as a common man and cited Article 19 in his letter.

On the film front Vishal is now all set to release his action film ‘Chakra’ on Zee5 app very soon. It is said that the talks are going on regarding the release with producer Vishal and official announcement is awaited.

The film is action star Vishal’s latest cyber thriller ‘Chakra’ directed by debutant Anandhan. The makers have recently released the trailer of the film that impressed the majority.