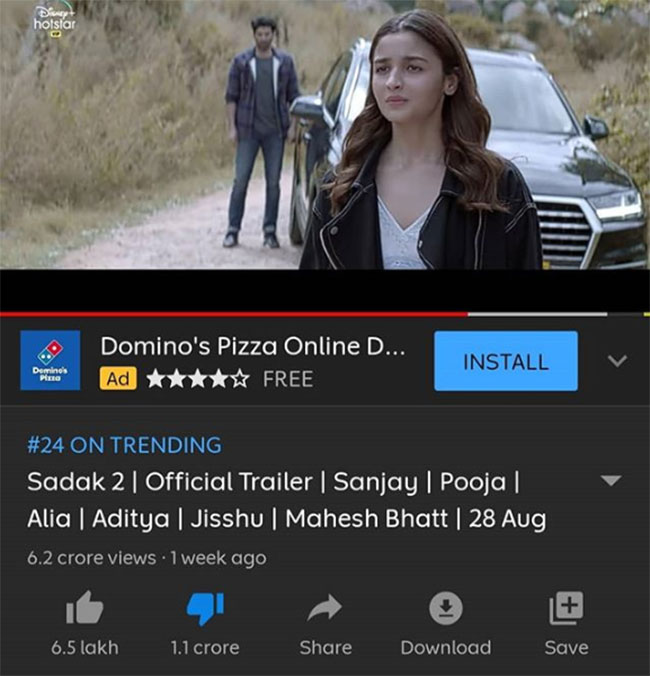 The film ‘Sadak 2 ‘ has bagged a global record for the second most disliked video on You Tube. The first one being the YouTube Rewind of 2018.

Ace Director Mahesh Bhatt, Producer Mukesh Bhatt and actress Alia Bhatt of the film ‘Sadak 2’ have received immense hate from all corners for their cheap attitude and demeaning Hindu sentiments in the film.

Movie critics opined that the film had big impact as Sadak 2 is totally a nepotistic film having mahesh bhat as the core members and he had been a bad veteran in Bollywood and that’s the reason for immense heat!

It is evident that this old Director has posed romantically with Sushant’s girlfriend Rhea who is of the age of his daughter Alia.