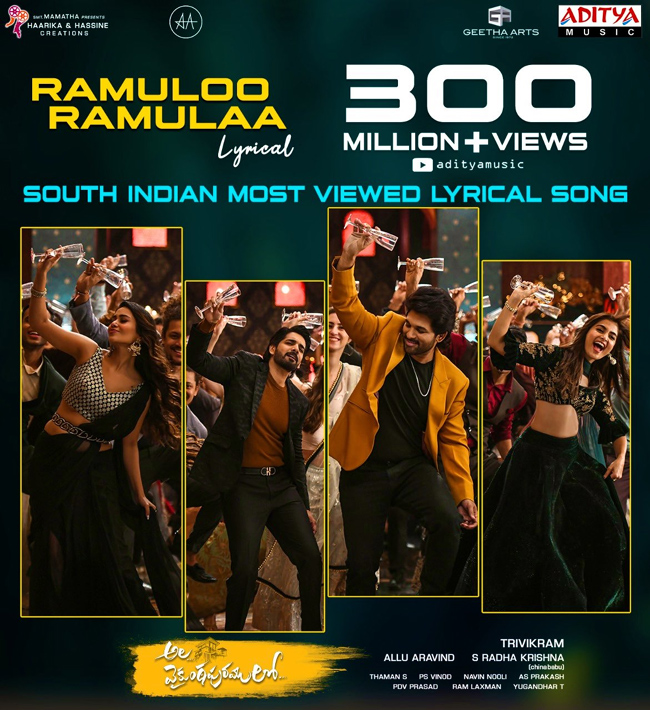 Creative director’s Ala Vaikunthapurramuloo starring Allu Arjun and Pooja Hegde in the lead roles was a blockbuster hit with both the audience and critics. Music played a key role in the success of the film and ace composer Thaman had given marvellous music making the fans go crazy with his work.

The songs in the film became pretty famous across the country bagging several records and stood as the best work of Thaman to date.

Even before the release, the film got a huge response with lyrical songs. Mass beat “Ramulo Ramula” is one such song that created magic on youtube. Now, this lyrical song has received the first-ever sensational record in South India. The lyrical video of Ramulo Ramula touched 300 million views on Youtube. This is the first ever song from South India to achieve this feat.

With this achievement, music director Thaman would be the happiest person as he did a wonderful job by composing incredible music for the film.