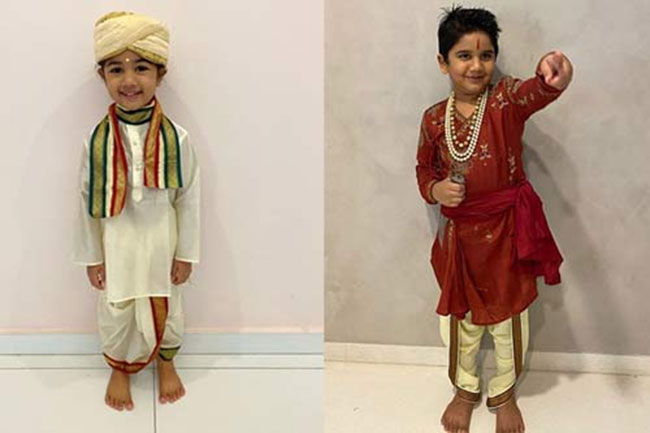 Celebrating the occasion Allu Arjun and wife Sneha have decorated their children like the eminent freedom fighters. While Allu Arha was seen dresses like Madhan Mohan Malaviya, Allu Ayan was seen in the getup of Uyyalawada Narasimha Reddy. Both the kids looked stunnng in those getups and it was more like paying huge tributes to our freedom fighters by donning their attires!

The couple Allu Arjun-Sneha have shared the adorable family pictures on their social media handles. It was evident that during this hour of crisis they have made low key arrangements for the Independence Day celebrations but they made sure they make the day extra special with their cute kids!

Allu Arjun who is aiming Pan India star status will next be seen in the film Pushpa directed by his sweetheart Sukumar who gave first hit in his career by the film Arya.