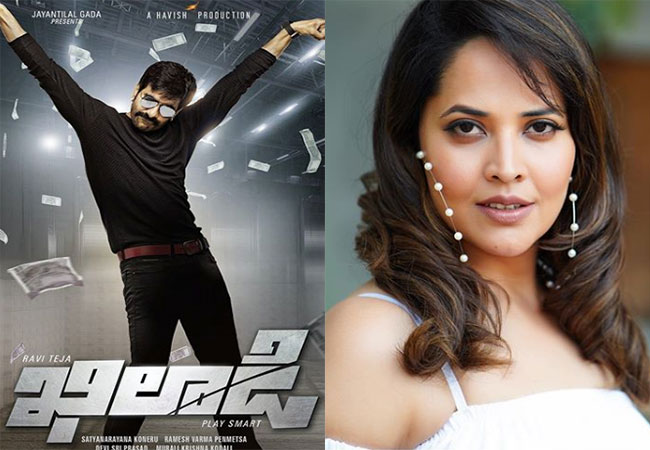 As we know, Ravi Teja recently announced a film titled ‘Khiladi’ under the direction of Ramesh Varma. This film will commence as soon as Massraja wraps up the shooting of ‘Krack’. The film is already high on glamour quotient as the makers brought two hotties Dimple Hayati and Meenakshi Chaudhary as the heroines.

News is that the makers are bringing popular anchor and actor Anasuya Bharadwaj onboard for this project. Apparently, the glamorous anchor who impressed everyone with her performance in ‘Rangasthalam’ is going to play a crucial role in this slick action entertainer. Sources close to the unit say that there is a lot of prominence for her character.

Anasuya is getting busy in Tollywood nowadays with crazy projects in her kitty. She is already playing important roles in films like Megastar’s ‘Acharya’ and Krishnavamsi’s ‘Rangamaarthanda’. It looks like 2021 is going to be a very busy year for Anasuya as she will be sailing on two boats at the same time which are television and cinema. It is to be seen what kind of role she portrays in Ravi Teja’s ‘Khiladi’.