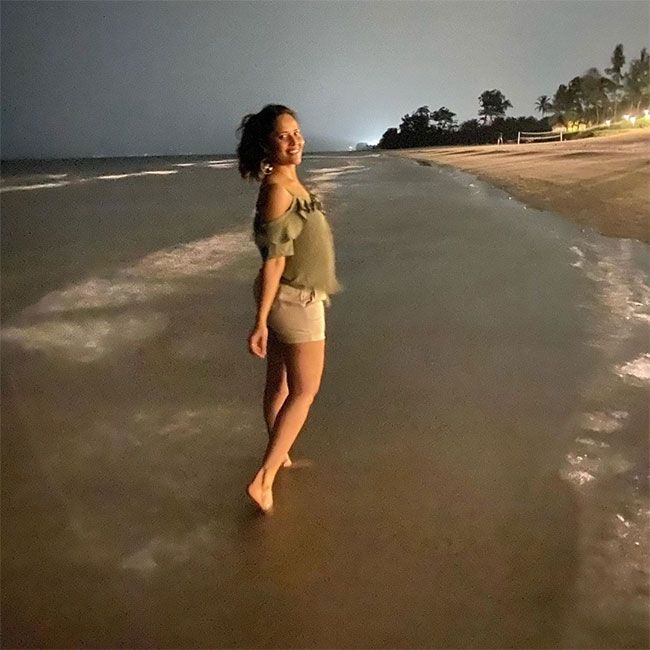 Telugu Anchor Anasuya is famous for her sultry dressing style and Telugu speaking skills on Television Comedy shows and has quite made her name on the small screen. The Nalgonda origin anchor has made a good name in Telugu TV scenario even in tough competition from the likes of Suma and others.

Anasuya even had a brief stint in Telugu Cinema as a lead heroine but couldn’t sustain her career as the movies acted have bombed at the Box Office. Nonetheless, she is doing great on TV and fans are still enjoying her presence in the shows and as Rangammatha in the movie Rangasthalam.

Recently she has shared her pics from a beach vacation. In those pics, the actress can be seen in mini shorts giving a eye treat of her great physique!

Anchor Anasuya has dreamt that she would land in big roles after ‘Rangasthalam’ but that didn’t happen. She says that in the future she will never act in content less films even as lead actress. I learnt my lesson confessed the Anchor.