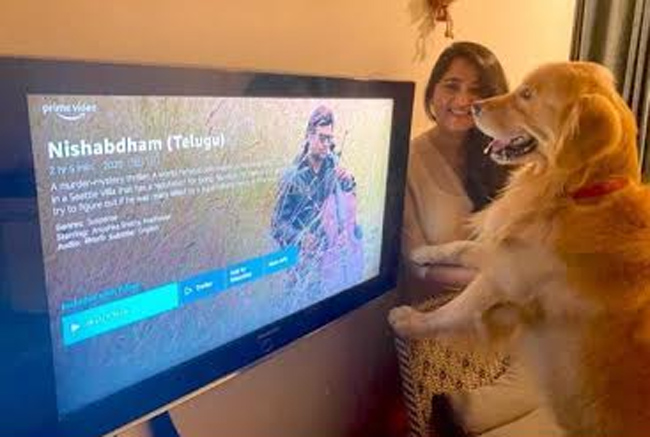 Star actress Anushka Shetty’s mystery thriller ‘Nishabdham’ is on Amazon Prime now and a lot of people are currently watching it. The film is the second big release after ‘V’ and being an Anushka’s film, the audience are expecting a lot from this flick.

While the movie was available from the night itself and Anushka is pretty excited about her first OTT release. She posted a picture of herself along with her dog happily watching ‘Nishabdham’ on the big screen in their home.

She wrote, ‘Super Happy as the exciting day has arrived my 1st OTT release is here. Watch and let me know your thoughts. ‘