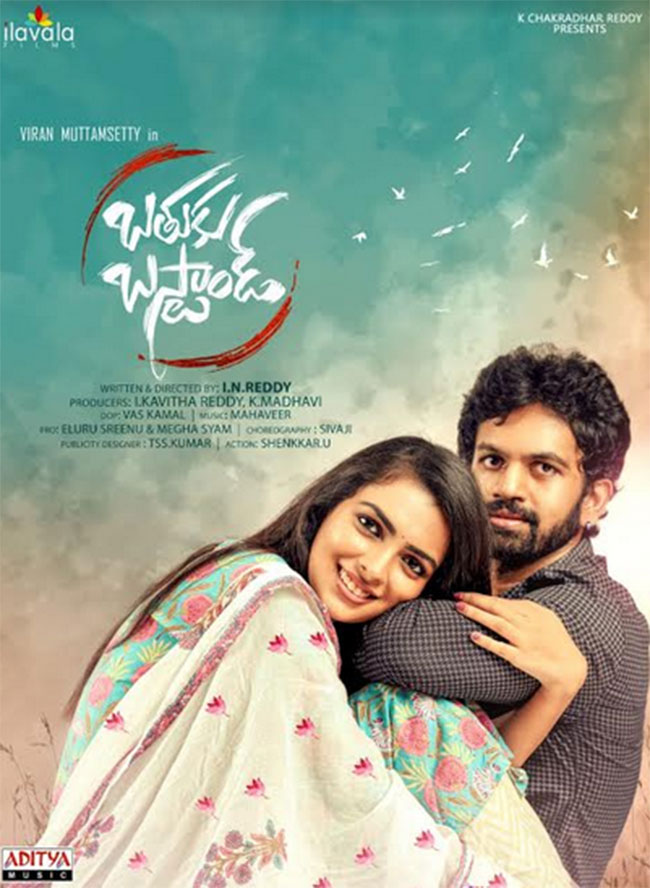 Viran Muttamsetty who happens to be the nephew of Mega producer Allu Aravind is making his film debut with ‘Bathuku Busstand’. Directed by IN Reddy, new beauty Nikitha Arora is the heroine in this flick. Presented by K Chakradhar Reddy, this film is produced by Kavitha Reddy and Madhavi under ‘Ilavala Films’ banner. The first look poster brought some interest to this film and the video released on Allu Arjun’s birthday made many heads turn towards this movie. They referred to Bunny as ‘Iconic Mass Star’ in that special video.

As a Ugadi gift, the makers released a new poster of ‘Bathuku Busstand’. Hero Viran and heroine Nikitha are seen sitting together and smiling. We can see Nikitha leaning on the hero. On the other hand, Vaas Kamal is the cinematographer while Mahaveer is composing the music. Action choreographer Sekhar is taking care of the fights and the makers are planning to release this film on June 11th. A lot of youngsters from the Mega family have entered the film field and became heroes. Following them, Viran is arriving this time and Allu Arjun’s cousin brother becomes successful or not.