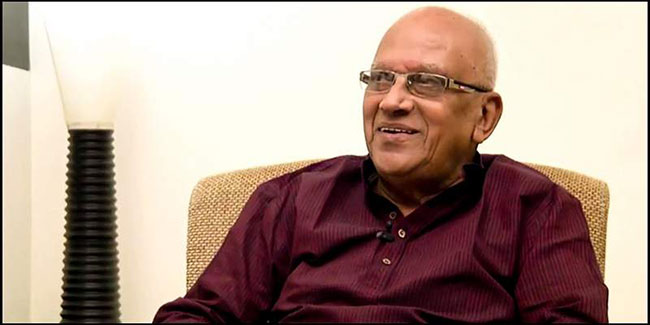 Veteran filmmaker Singeetam Srinivasa Rao has tested positive for novel coronavirus. He is currently under home quarantine as per doctor’s advice. The director took to Facebook to reveal the news that he tested positive on September 9.

He posted a video in which he said that he has a mild case of corona and his two-week quarantine period will be ending on September 22. He revealed that doctors said he is completely alright.

The director said that he is quarantined in a separate room in his house. His family members give him food by keeping it at the doorstep of his room. He further said that he is keeping himself busy by scripting stories and doing other works. He is hoping to recover from the virus soon.