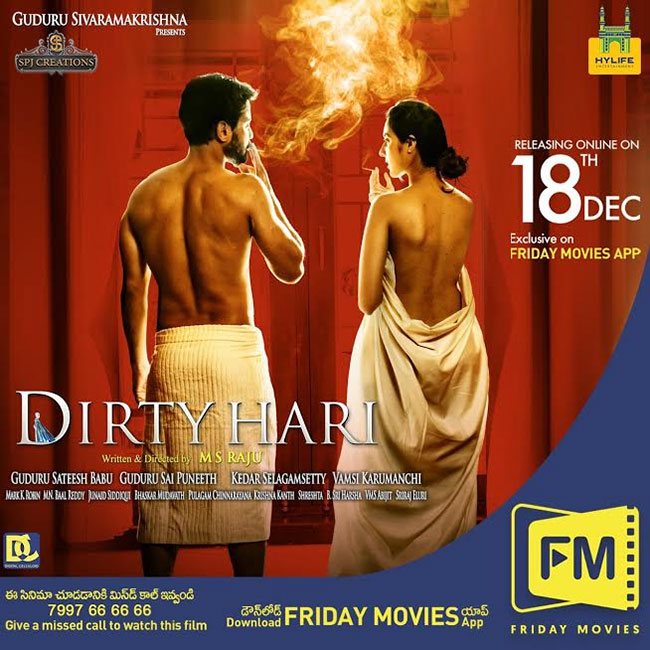 Veteran producer MS Raju has put on his director’s hat and made a steamy film titled ‘Dirty Hari’. The teaser and the first song which were released till now got a splendid response from the youth. The intimate scenes and the bold shots became viral on social media and people were surprised that MS Raju who produced films like ‘Nuvvostante Nenoddantana’, ‘Pournami’, ‘Varsham’ and ‘Manasantha Nuvve’ was the director of this film.