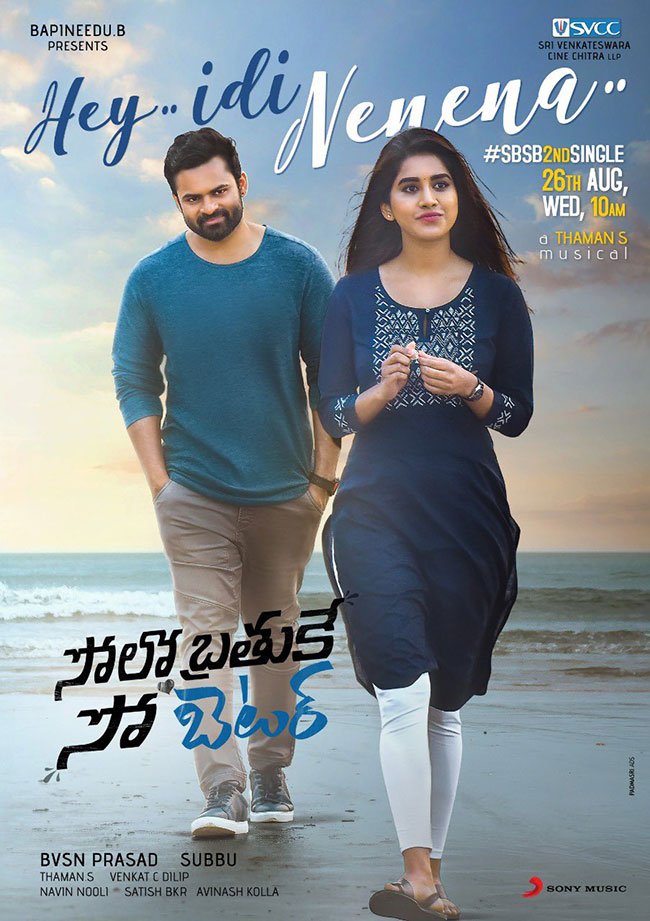 The makers of Sai Dharam Tej’s upcoming romantic comedy ‘Solo Brathuke So Better’ have gained decent buzz with ‘No Pelli’ song. After a hit first song, the movie’s music composer Thaman is all set to come up with his second song ‘Hey..idi Nenena..’ from the album.

The second single will be released on the internet on 26th August at 10 AM. The team announced it with a poster that shows Sai Dharam Tej walking behind the film’s heroine Nabha Natesh on the beach. While Sai is looking stylish with a casual look and a smile, Nabha is lovely in simple navy blue top and free-flowing hair. The poster gives you a pleasant feel and the music lovers are excited about this song.

‘Solo Brathuke So Better’ is written and directed by debutant Subbu and produced by BVSN Prasad. Sai Tej is hoping to score a hattrick with this film after hits like ‘Chitralahari’ and ‘Prathi Roju Pandage’. Hope this song from in-from Thaman impresses the audience.