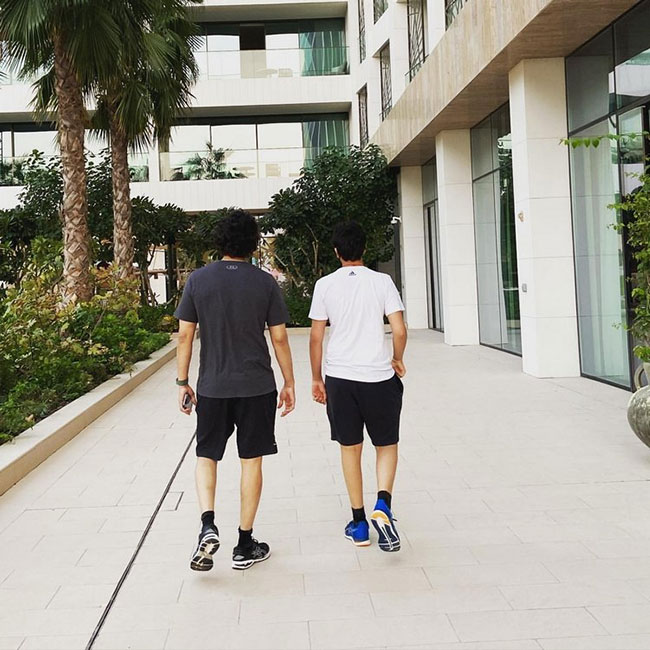 The immediate thought of everyone who watches this click is that two brothers are walking in casually. It most certainly looks like a picture of two brothers but it is actually a photo of father and son. They are none other than superstar Mahesh Babu and his son Gautham.

Gautham who was born in 2006 grew tall rapidly and has almost reached Mahesh’s height. Superstar on the other hand looks completely slim and one can easily mistake for being Gautham’s brother from the back. This click is currently going viral on the internet.

While Gautham is seen with a neat and tidy haircut, his dad is looking stylish with long hair that he grew for his upcoming film ‘Sarkaru Vaari Paata’. This click was taken during their recent family trip to Dubai. This pic is enthralling Mahesh’s fans as they get to witness how big Gautham became and how Mahesh is still managing to look like he is in his twenties.

On the work front, Mahesh’s ‘Sarkaru Vaari Paata’ written and directed by Parasuram is all set to kick-start by January and release in the second half of 2021.