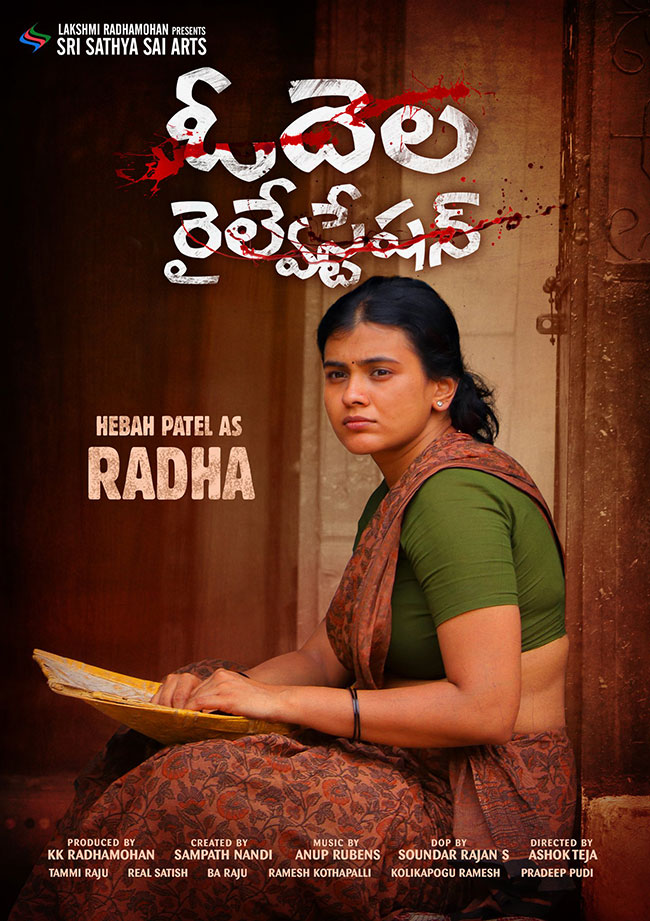 Young beauty Hebah Patel, who rose to fame with Kumari 21 F, has decided to go de-glam for the first time in her career. Known for playing the glamorous bombshell on-screen, Hebah for the first time signed a challenging role in a crime thriller “Odela Railway Station”.

The Mister actress will be playing a young rural woman and can be seen without any makeup on. The shooting of the movie is progressing at the brisk pace.

On the occasion of Diwali, the makers of the film released the first look poster of Hebah Patel as Radha from Odela railway Station.