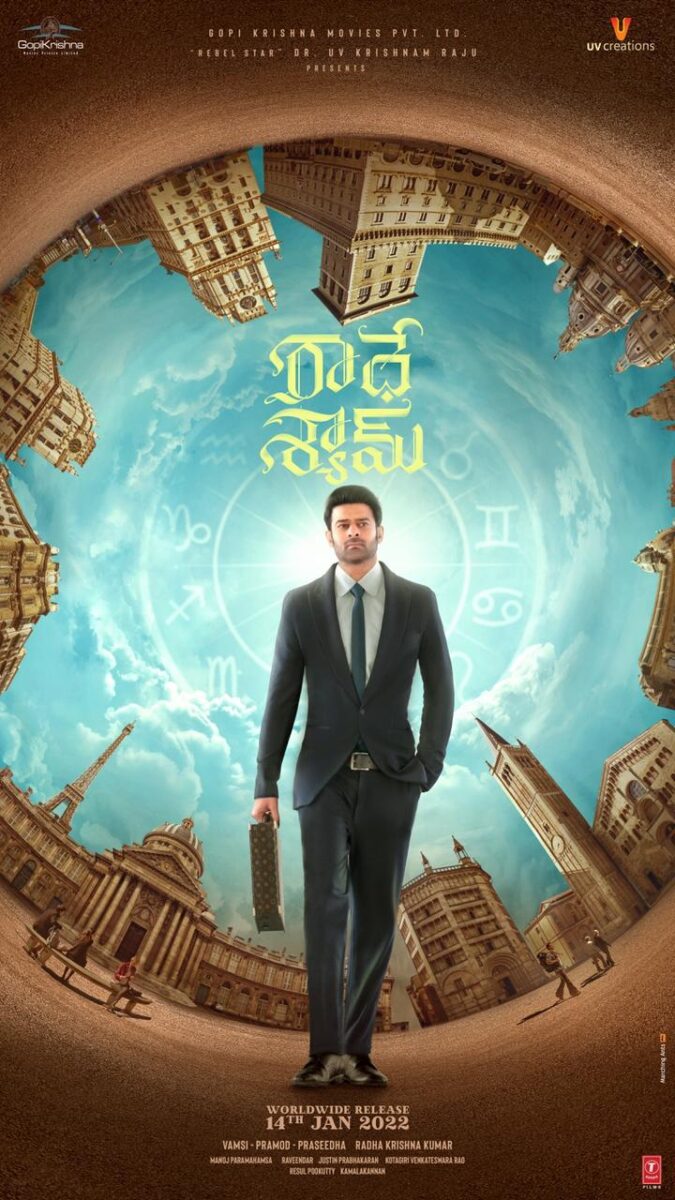 Is there any need to give introduction about Radhe Shyam? Obviously, a big No. Not only fans of Prabhas but also others have been eagerly waiting for the movie.

The makers of the movie confirmed that the film is going to hit the theatres on 14th January 2022 and a new look has been released.

New Year. New Beginnings. And a New Release Date! 🌟💕#RadheShyam all set to release in a theatres near you on Makar Sankranti, 14th January 2022

Radhe Shyam directed by Radha Krishna Kumar and is being made on a huge budget. The film is produced by UV Creations and T-Series. Expectations are very high on the grand celluloid. Recently, the director of the movie confirmed that they have completed the shooting of the film. Radhe Shyam is shot simultaneously in Telugu and Hindi languages. The movie is set in Europe of the 1970s and it is a love story. The music of the film is scored by Justin Prabhakaran with cinematography by Manoj Paramahamsa and editing by Kotagiri Venkateswara Rao.