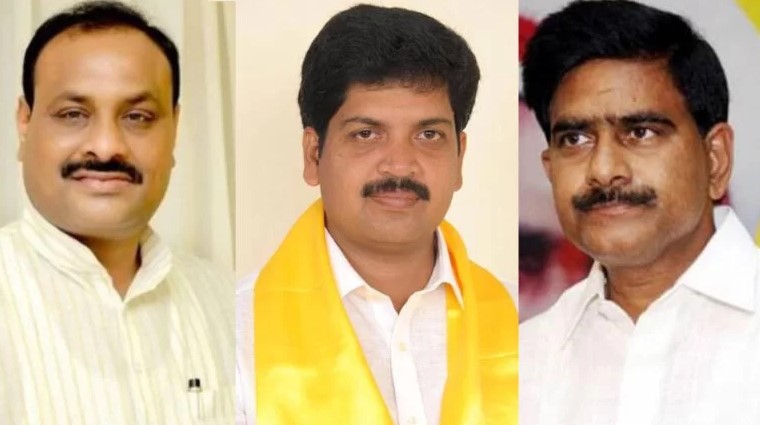 The arrest episode of Ex-Minister Devineni Umamaheswara Rao has once again proved that the YSRC has targeted leaders who worked as Ministers in the TDP Government. They are searching for the cause to register a case and then by hook or crook, sending them to remand. Everything is open and there is no hesitation for the YSRCP leaders and their subordinate Police in framing opposition leaders in the cases. They have planned a plot to arrest one more Ex-Minister and this is going to happen in the month of August only.

Mr.Atchannaidu was arrested in the case of ESI Scam. It was not established that Atchannaidu had a direct link to the scam. Even though they have registered a case through ACB and arrested him at his house in a dramatic manner. Even after the arrest they have harassed him in a wild manner.

Mr. Kollu Ravindra was framed in a murder case and was arrested by the Police. The total episode was executed in the direction of the Minister Perni Nani. Mr. Ravindra was sent to Rajamahendravaram Central Jail.

JC Prahakar Reddy in the case of fake registrations of buses and Dhulipalla Narendra in the case of AP Dairy were arrested and sent to remand. All have got bail and the proceedings are running in a routine manner. But, the YSRC has fulfilled their desire of sending these leaders to jail, whether the case will stand or not is not a matter to them.

Now, Devineni was also arrested in the same manner. He was framed in SC, ST Atrocity act and attempt murder case. He is going to get bail for sure. But, meanwhile he has to be in jail for the remand period.

Just like that, now the Government is trying to frame Mr. Lokesh in the Fibernet case. Even though there is no sufficient evidence, they are moving the case only to arrest him and to send him to Jail for a few days. As per the sources, this is going to happen in the month of August only.