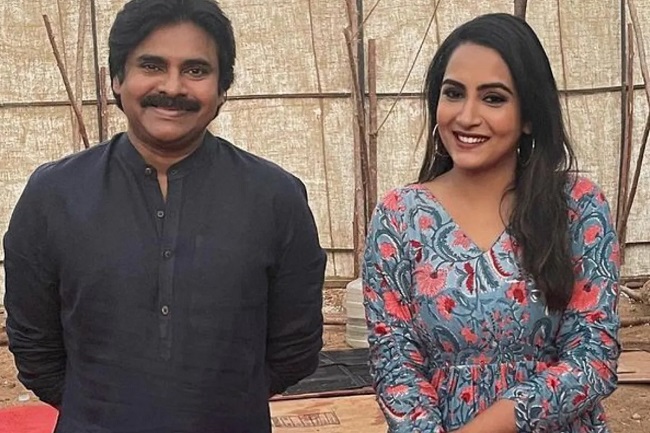 There is no need to introduce Pawan Kalyan separately. The man is known for his simplicity offscreen and swagger onscreen. He regularly sends wishes to a lot of celebrities in the form of bouquets, letters and even fruit boxes at times. The star hero recently sent a handwritten letter to actress Himaja which is making the latter jump in joy.

Himaja is well-known through her roles in films like ‘Shatamanam Bhavati’, ‘Vunnadhi Okkate Zindagi’, ‘Nenu Sailaja’ and many others. She was a contestant in last season’s Bigg Boss too. She is sharing the screen with Pawan Kalyan in his upcoming periodic drama directed by Krish. Impressed by her work, Pawan wrote a letter in Telugu which translates to, “Himaja garu, I wish you the best in everything and hope to see you attain heights in professional life.”

This made the character artist speechless as she posted the letter on social media and said that words and emojis cannot show her feelings right now. This post is currently doing circles around social media. Coming to Krish’s untitled project, the film will be released during the Sankranti season of 2022.Niddhi Agerwal is the heroine in this flick while MM Keeravani is the music composer. Veteran producer AM Ratnam is bankrolling this high-budget movie.