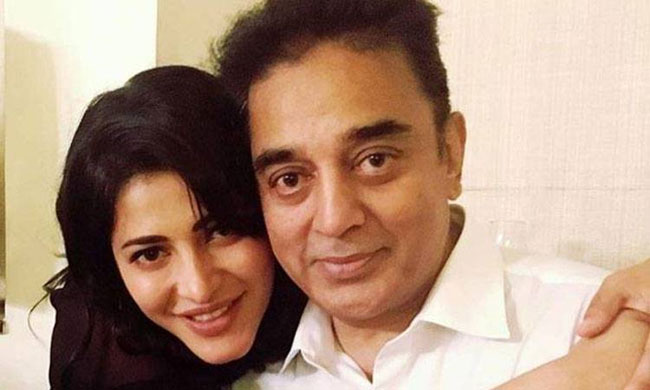 Shruti Haasan who debuted under the wings of star Dad Kamal Haasan has tried it different and has shot to fame as a multi talented actress. Recently she shot and recorded a song of her called EDGE and made a mark!

The actress has yet again made her presence felt on social media with her ideology on being independent. It is evident that she lives alone and never depends on her seperated parents to make her life. On the latest she opined that she never supports her Dad Kamal in politics and it is his individual decision to be a people’s man and serve them so be it, she ended!

On the film front, Shruti Haasan is said to star in a Vijay Sethupathi film ‘Laabam’. In this film Shruti is said to play the role of Village Ballet dancer. The film will have Vijay playing the role of a Social Activist. She is awaiting the release of her film ‘Krack’ starring Ravi Teja. Her comeback film in Hindi ‘Yaara’ has already been released on OTT.