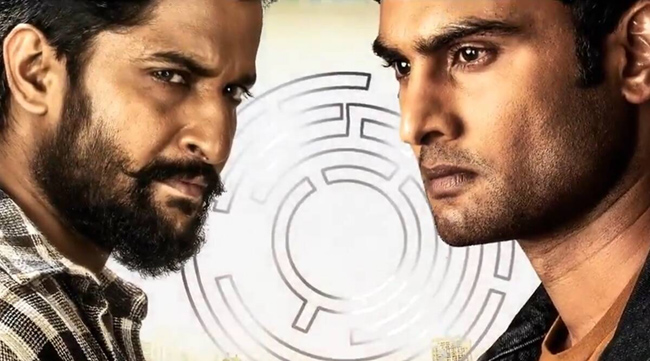 Dil Raju’s ‘V’ which has Nani and Sudheer Babu playing the lead roles is all set to hit the digital platform on September 5th. It is going to be streamed on Amazon Prime Video and people are expecting a lot from this film. Nani is playing a negative role in this film and this is also his 25th film which makes it even more special.

But a lot of rumors are going around regarding ‘V’. Talk in tinsel town us that Nani will not be seen throughout the film and he is doing an extended cameo that lasts for 25 minutes in total. Some people are saying that Dil Raju sold this movie for a high rate to Prime Video by stating it as Nani’s film but it is not entirely true. They are claiming that it is the main reason behind Dil Raju opting for an OTT release despite the good hype around this flick.

‘V’ is directed by Indraganti Mohan Krishna and it has Nani, Sudheer Babu, Nivetha Thomas and Aditi Rao Hydari playing the lead roles. Amit Trivedi is the music composer for this action thriller. With a lot of rumors popping up regarding this film, we get to know the truth on September 5th.