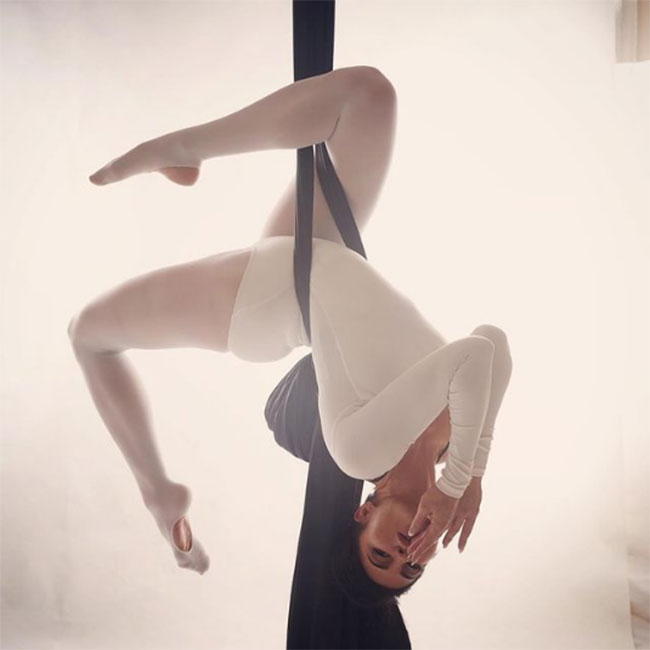 Sri Lankan girl Jacqueline Fernandez who came to India as a model turned into a star heroine over the years. The 35-year-old beauty scored many hits in her career like ‘Housefull’ franchise, ‘Kick’, ‘Race 2 & 3’, ‘Judwaa 2’, ‘Dishoom’ and many others. Known for her heavy glamour show in movies, Jacqueline has a huge following on social media too.

The stunning actress often gives crazy poses on Instagram to entertain her fans. Recently, she dressed up as a ballerina and said ‘Hi’ to her fans. But she did in a peculiar manner by turning upside down with the help of a black cloth. The photo looks like a painting and Jacqueline looks amazing. She flaunts her flawless figure in the most gorgeous way possible and fans are awestruck by it.

On the film front, Jacqueline was last seen in ‘Mrs. Serial Killer’ and she is currently working in interesting films like ‘Attack’, ‘Bhoot Police’ and ‘Cirkus’. She is even acting in Akshay Kumar’s ‘Bachchan Pandey’.