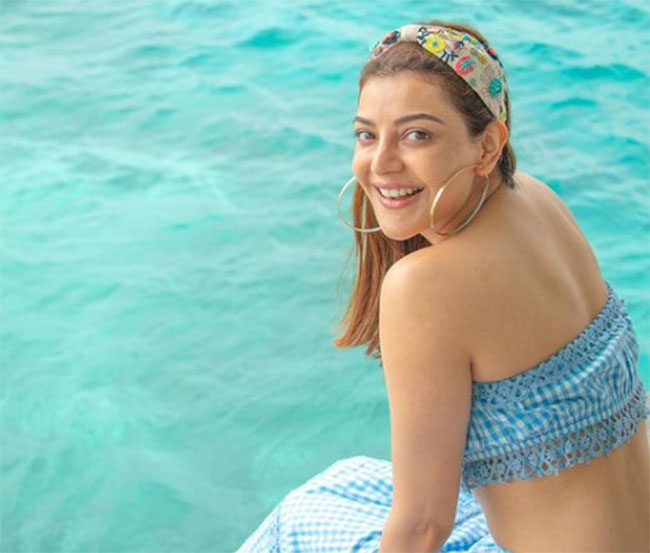 Sizzling actress Kajal Agarwal got married to Mumbai based businessman Gautham Kitchlu on 30th October and within a few days, she flew to Maldives to enjoy her honeymoon. Going by the pictures which were regularly posted, the newlyweds had a great time and they returned back to India a few days back. They bought a new home and started living separately from their families. News is that Kajal is all set to resume her work soon.

First, she will be joining the sets of Dulqar Salman’s Tamil film ‘Hey Sinamika’ where Kajal is playing the female lead. She will be shooting for Megastar’s ‘Acharya’ next and follows it up with the patchwork of Manchu Vishnu’s ‘Mosagallu’. As the shooting of ‘Indian 2’ hasn’t started yet, she will be working on her digital debut ‘Live Telecast’, a Tamil web-series which will be streamed on Disney Hotstar. It is a horror-based series made by Venkat Prabhu.

Reports suggest that she will be holding a reception for all her colleagues and friends in Telugu and Tamil industries. Kajal made it pretty sure that she will be continuing acting even after marriage and her husband doesn’t have any objection to it. She is yet to sign a new project and we need to see what kind of roles she accepts in the coming days.