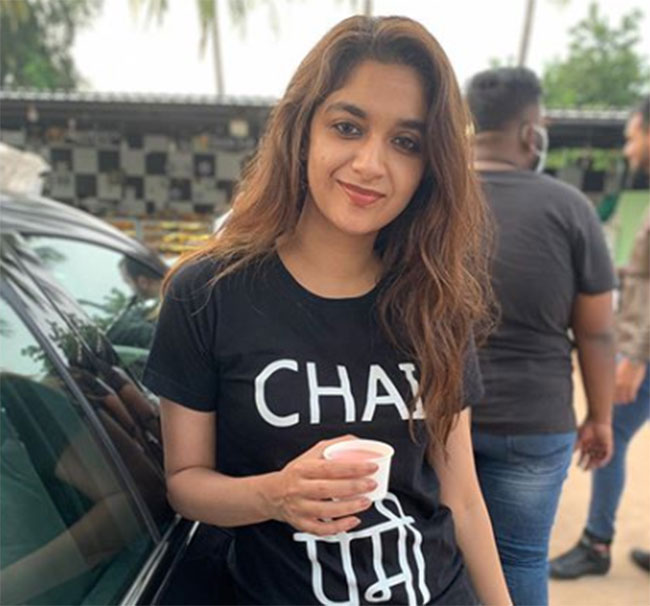 The South beauty Keerthy Suresh has acclaimed star status with her magnificent work in ‘Mahanati’. The actress became a national sensation soon after she received the national award for her role as Savitri in ‘Mahanati’.

The actress on the latest has kick started her promotions for her Netflix release ‘Miss India’ which is all set to stream from Nov. 4. It is evident that in the film, the actress aims to become a business woman and sells tea. In the pic she has quoted the same tea wordings as reminder for fans to watch the film!

It is evident that Keerthy Suresh is now doing a film in the direction of Nagesh Kukunoor. The film is supported by producer Dil Raju. The project earlier had a less interesting title and thus Dil Raju suggested ‘ Sakhi’. Recently the makers have revealed the first look from the film in which Keerthy was seen as a village girl. It is said that she would be seen in the film without makeup!

On the other side,, Keerthy is also starring alongside Rajnikanth in the film ‘Annaatthe’ that stars senior actresses Kushbu and Meena in pivotal roles. The movie is directed by Siva who scored a massive hit ‘Viswasam’ starring Ajith last year.