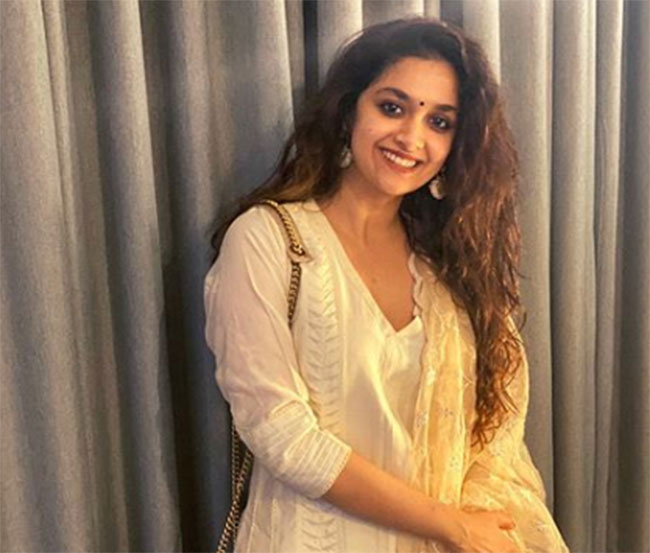 Fans of superstar Mahesh Babu were excited to hear the news of Keerthy Suresh coming onboard as a heroine in their hero’s upcoming film ‘Sarkaru Vaari Paata’. Keerthy is a good performer and her adorable looks bring are expected to benefit the film. But her track record is proving to be worrisome for Mahesh fans.

After ‘Mahanati’, Keerthy Suresh came up with two Telugu releases. ‘Penguin’ which released on Prime Video was a disaster as it got a lot of criticism. Her recently release ‘Miss India’ which is streaming on Netflix too met with the same result. Many are questioning her script selection and Nithiin’s ‘Rang De’ is very crucial for her career. The result of this rom-com will determine her career in Tollywood.

Apart from Mahesh’s ‘Sarkaru Vaari Paata’ which is yet to begin, Keerthy acted with a couple of star heroes down South but none of them were hits. Despite good collections, Vijay’s ‘Bhairavaa’ was a failure and ‘Sarkar’, her second film with Vijay also didn’t reach the expectations of the audience. Her Malayalam film with Mohan Lal too faced the same result and we all know what happened to Pawan Kalyan’s ‘Agnyathavaasi’. Fans of Mahesh Babu are hoping that she gets a big hit with Mahesh’s film and it doesn’t end up in the same list of the big hero films she worked on.