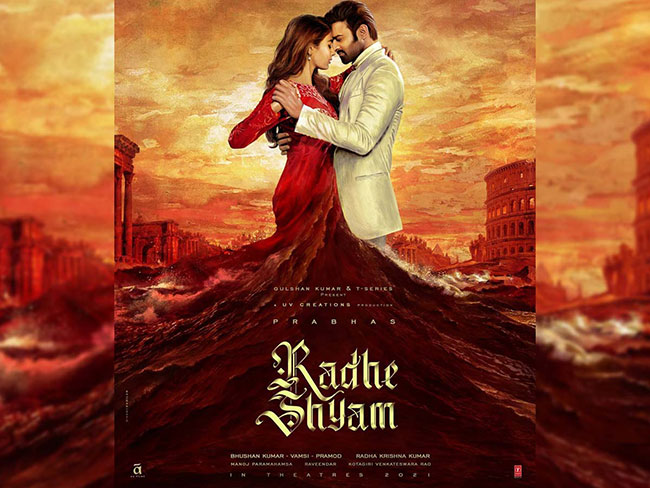 After shooting at various locations in Europe for close to a month, Radhe Shyam team has wrapped up the ongoing schedule and flew back to India on Thursday. The film unit will shoot the final portions soon which will be shot at the special sets erected at Annapurna Studios in Hyderabad.

The latest buzz is that the final shoot will continue till December and the makers are looking forward to releasing the in January for Sankranthi 2021 league.

As of now, several films, which postponed their releases due to pandemic, have already announced that they will be entering the Sankranthi race. If Radhe Shyam joins the race, then it will be a tough competition for the rest of films and we can also expect a flock of people rushing to theatres.

Radhe Shyam stars Prabhas and Pooja Hegde in the lead roles. It is a trilingual big-budget film which will be simultaneously shot in Hindi, Tamil and Telugu. It is directed by Radha Krishna Kumar and will get a pan-India released in 2021.