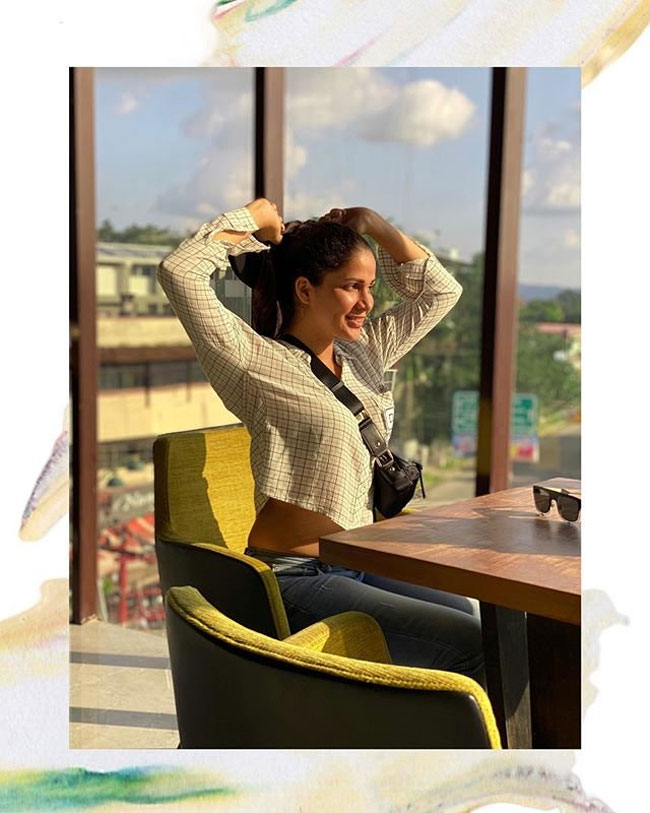 South actress Lavanya Tripathi who is quite active on social media posted an interesting post. The bubbly actress shared a picture on her official Instagram handle in which Lavanya Tripathi can be seen sitting on a chair. Instead of looking at the camera, Lavanya is looking somewhere.

Lavanya captioned the post as: “Not serious, just thinking about, nothing.”

The actress made her debut into Telugu Film Industry with Critically acclaimed Andala Rakshasi and starred in hit films like Doosukeltha, Bhale Bhale Magadivoy, Soggade Chinni Nayana and Antariksham 9000 KMPH.

On the work front, the actress will be seen next in A1 Express which starrs Sundeep Kishan as the male lead. Dennis Jeevan Kanukolanu is directing the venture.