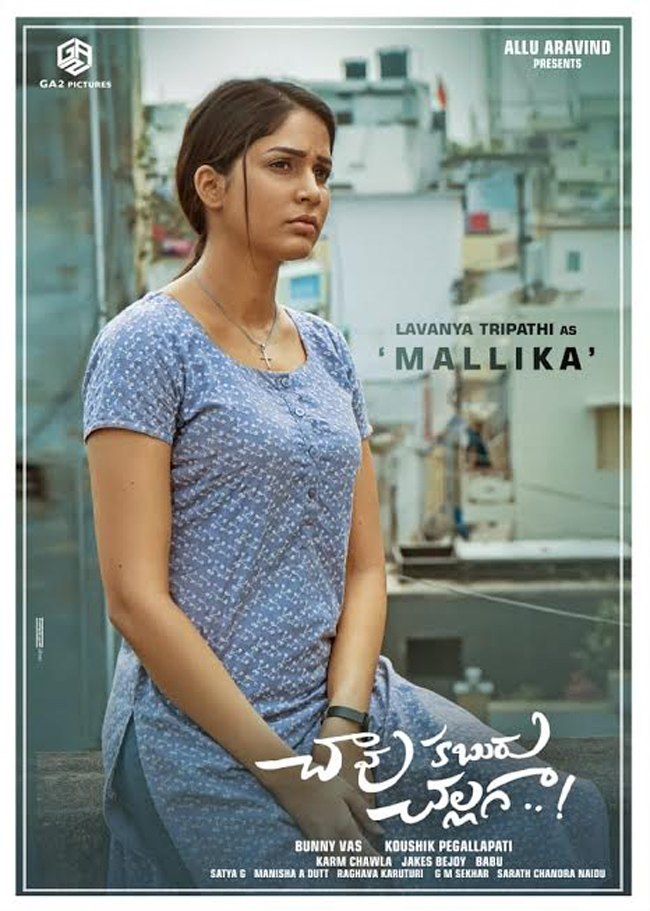 Young hero Karthikeya’s upcoming film ‘Chaavu Kaburu Challaga’ got a decent buzz around it due to its interesting premise. Directed by Koushik Pegallapati, this entertainer is about a guy who drives a Swargapuri vehicle for a living.

Dimple beauty Lavanya Tripathi is the heroine in this film and the makers released her first look from the film. She will be seen as ‘Mallika’ in this interesting movie and she looks beautiful in a non-glamorous role too. She seems to be seriously thinking about something in this poster and Lavanya pulled off the girl-next-door look with ease. She plays the role of a hospital nurse in this film. As the cross in her neck suggests, she is a Christian in this film.

‘Chaavu Kaburu Challaga’ is produced by Bunny Vas under ‘GA2 Pictures’. Koushik Pegallapati is making his directorial debut with this film and Jakes Bejoy who worked on ‘Taxiwaala’ is composing the music of this film. The shooting has been reduced again and the release date of this flick is yet to be announced.

On the whole, the film gives you promise with its unique story and different looks of its lead actors.