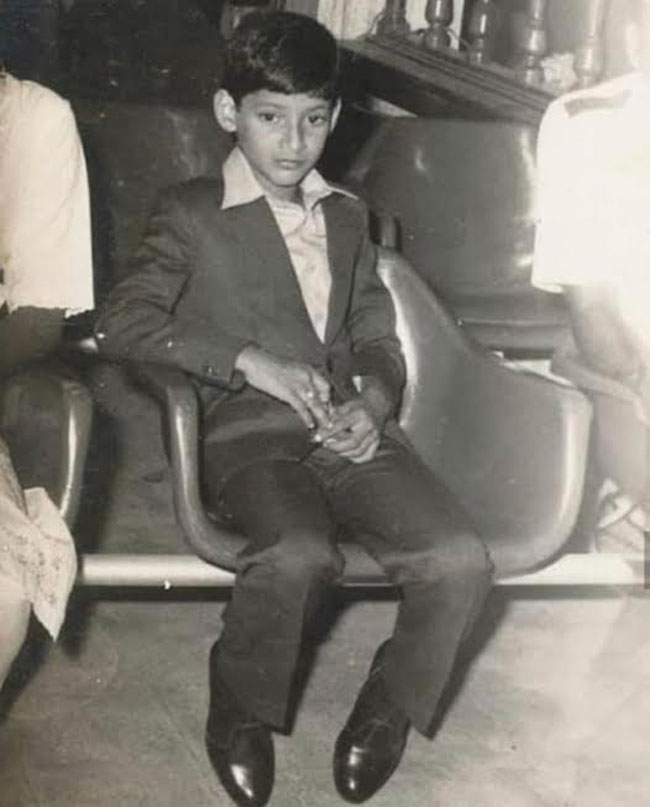 He is superstar Mahesh Babu but this was a cute picture when he was the son of superstar Krishna. The adorable young boy who is sitting silently is now a person who won millions of hearts with his films. Look at Mahesh Babu’s childhood click which is going viral on the internet right now. Isn’t he looking endearing?

His face is just the same even now except for the grown man’s look. He is dressed in a formal suit and this looks like a picture taken during a special event. Mahesh appeared a bit chubby in the films he did as a child actor which means this photo was taken even before that. This click is winning the hearts of his fans.

On the work front, Mahesh is working on ‘Sarkaaru Vaari Paata’ directed by Parasuram after delivering hattrick hits.