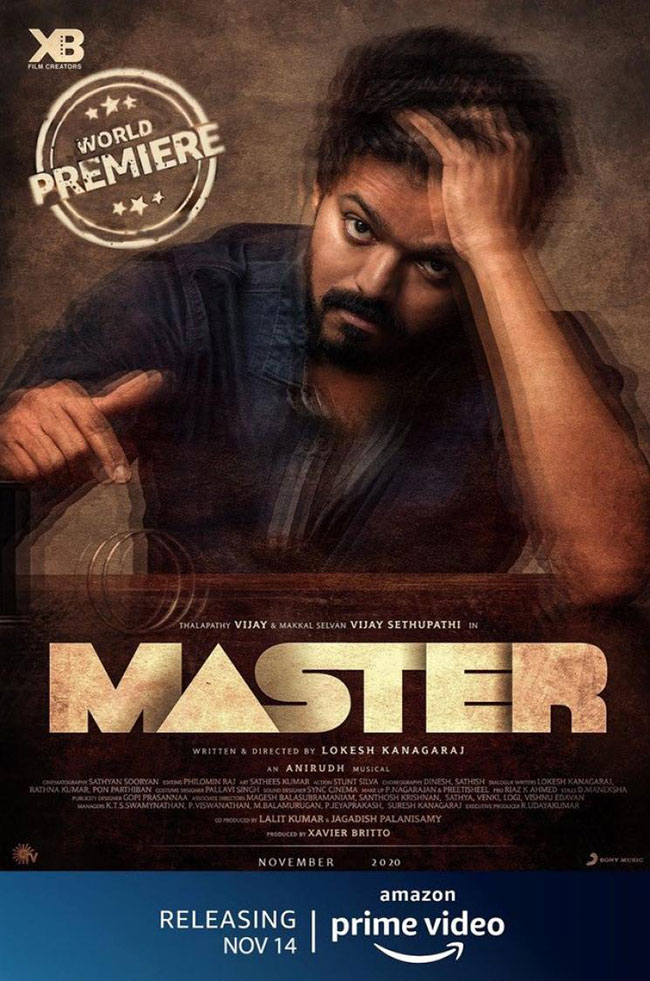 Thalapathy Vijay starrer Master, one of the most-anticipated films of 2020, was scheduled to release worldwide on April 9. However, the makers had to postpone the film due to the novel coronavirus pandemic.

Meanwhile, rumours were rife that Master will be releasing on the OTT platform. A fake poster claiming that Vijay’s film will be released on Amazon Prime Video is making rounds on social media.

Vijay will be seen in the role of a professor while Vijay Sethupathi, Malavika Mohanan, Andrea Jeremiah, Arjun Das and Shanthanu Bhagyaraj plays significant roles.