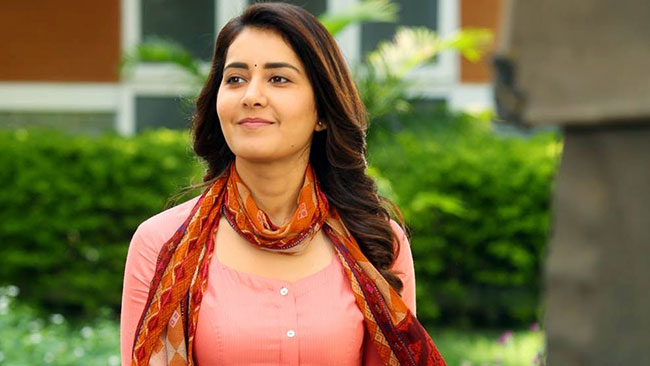 Bubbly beauty Raashi Khanna who scored some good hits like ‘Prathi Roju Pandage’ and ‘Venky Mama’ during the end of 2019, kicked off 2020 with a disaster like ‘World Famous Lover’. The failure of this Vijay Devarakonda film took a toll on Raashi’s career. The ‘Supreme’ beauty is currently listening to a few scripts but didn’t confirm any Telugu till now.

Raashi Khanna is becoming busy in Tamil too with a couple of interesting films. The adorable actress who made her debut with a Hindi film ‘Madras Cafe’ did not work on any other project in the North since then. News is that she is all set to entertain the Hindi audience once again but on a digital platform. She will reportedly do a lead role in a Hindi web-series which will be streamed in a popular OTT platform.

This news is not yet confirmed but it is going completely viral. The official details are expected to come out soon.