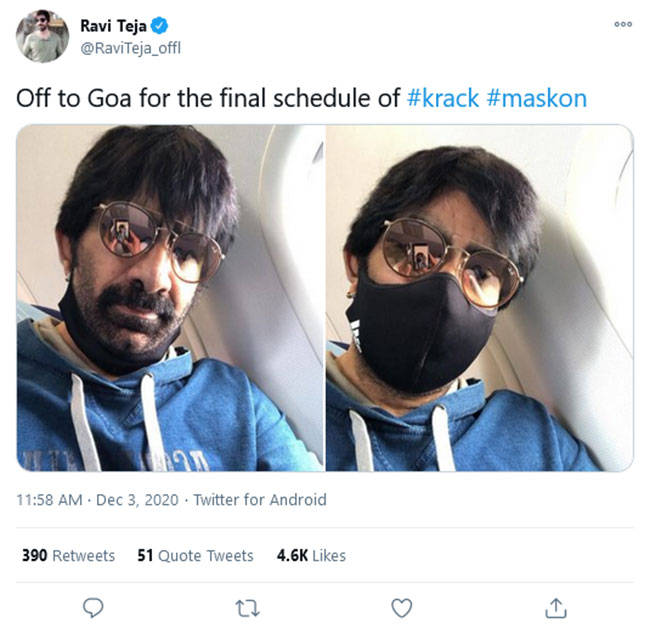 Mass Maharaja Ravi Teja and director Gopichand Malineni’s third collaboration ‘Krack’ is in the last leg of shooting. The film is based on true incidents in the Telugu States. The 52-year-old actor will be seen in the role of a cop from Ongole, Andhra Pradesh. Shruti Haasan is the female lead in Krack and this film marks to be Nela Ticket actor’s 66th film.

This morning, Ravi Teja took to his social media to share a picture of himself to reveal that he is heading Goa to kick-start Krack’s final schedule. ‘Krack’ also stars Varalaxmi Sarathkumar and Samuthirakani. Produced by B Madhu under Saraswathi Films Division Banner. According to the film unit, Krack is getting ready to grace the theatres for Sankranthi.

Besides this, Ravi Teja will also be seen in Ramesh Varma’s Khiladi. Meenakshi Chaudhary and Dimple Hayathi will be seen as the female leads in the film.