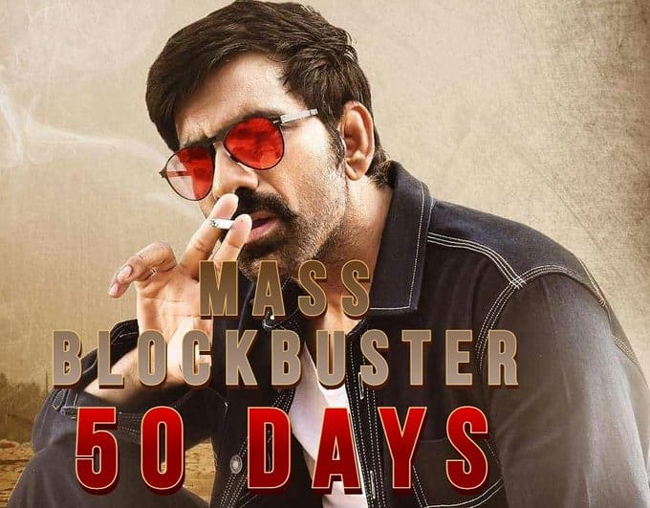 The ongoing pandemic has pushed the theaters across the country into deep losses. The industry got a sigh of hope when the Union government permitted the theatres to resume operations with 50 percent occupancy.

When Tollywood was worried about going for a theatrical release, Mass Maharaja Ravi Teja’s Krack gave a positive start to the industry for 2021 with a resounding hit.

The Gopichand Malineni directorial was released for the Sankranthi season on January 9th. Despite having some issues on the release day, Krack received a positive response from the fans and the audience as well.

Going by Raviteja’s Mass Image, Gopichand Malineni gave a commercial treat to the audiences with Krack. The audiences have received Krack very well and it has completed 50 days today, a rare feat for films in the pandemic period.

Krack stars Ravi Teja and Shruti Haasan as the main leads, which also features Varalakshmi Sarathkumar and Samuthirakani in key roles. Producer B. Madhu produced the film under the Saraswathi Films Division banner