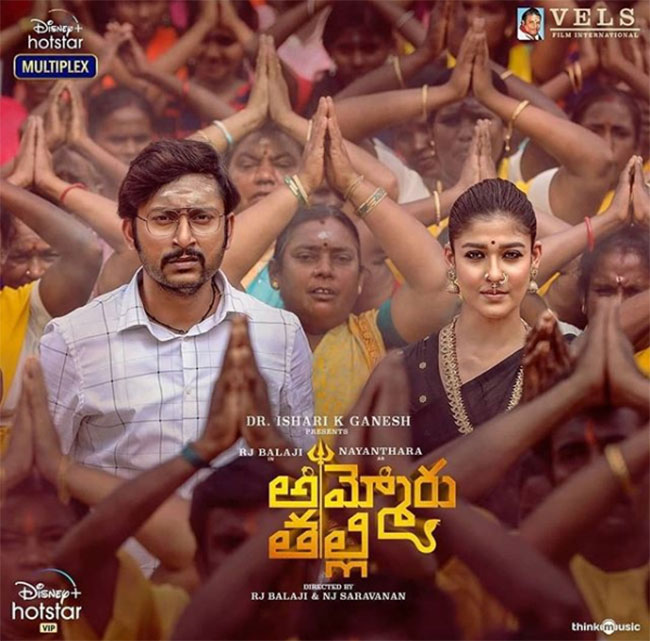 Nayanthara is a name that needs no introduction in South India. She is called ‘Lady Superstar’ by her fans and she gets paid in crores for each film. She was introduced in Telugu with ‘Lakshmi’ but she became a huge star in Kollywood. Her female-oriented films earn more than some mid-level heroes down South. She was lastly seen in Rajnikanth’s ‘Darbar’ which a decent hit.

She is now coming up with a film titled ‘Ammoru Thalli’ which will be released on Disney Hotstar. Apparently, this film is now facing legal troubles. Nayan is seen as a goddess in this film and RJ Balaji is directing this film apart from acting as a lead. The film is originally titled ‘Mookuthi Amman’ in Tamil.

It is coming out on 14th November as a Diwali gift to the audience and the trailer has been released recently. Some people are complaining that there are scenes that are hurting the sentiments of the Hindu community. Some Christian organizations are complaining about the film too as it took digs on practices followed by religious people. They are claiming that they will be going to court which is bringing a lot of doubts over the film’s release. We need to wait and see how it pans out.