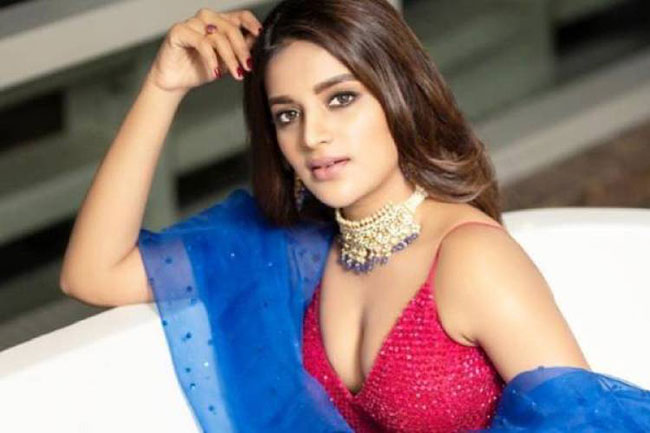 ‘ismart’ girl Niddhi Agerwal is currently busy doing films in both Tamil and Telugu. She initially faced a few setbacks in Tollywood with Akkineni brothers but she bounced back with ‘Ismart Shankar’.

This beauty who was brought up in Karnataka made her debut in Bollywood. She acted as the romantic interest of Tiger Shroff in ‘Munna Michael’. The film was a disaster which is why she came into South cinema. This slim beauty is now hoping to make her mark in Bollywood again as she is getting a few offers in the North. In a recent interview, the beauty expresses her interest in working with Ranbir Kapoor. She says that it is her dream to work with the ‘Sanju’ hero as she fell in love with his acting and looks.

Niddhi is known for her appealing glamour show and dancing. She was never a good actor and still has a lot to learn. Glamour can make you a star in South but not in Hindi as we see star heroines maintaining a fine balance between acting and skin show. Hope Niddhi makes her Bollywood dreams work.