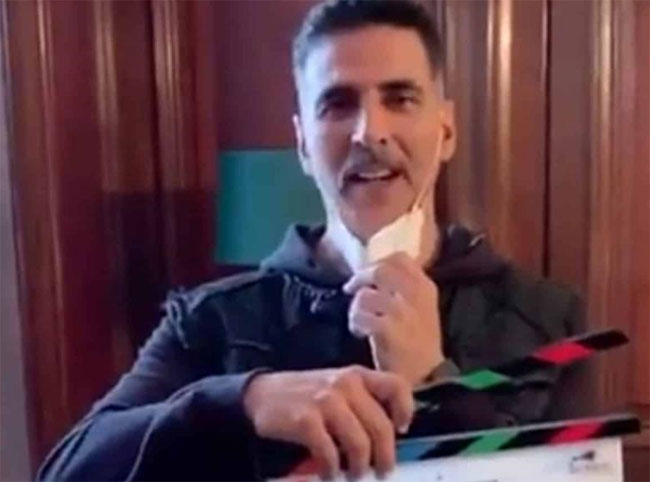 The Action Superstar of Bollywood, Akshay Kumar has tweeted a pic that he and his team of ‘Bell Bottom’ are all set to begin the shoot in Scotland even in this crisis. The actor said even in crisis the work should go on!

It is evident that the cast and crew of the film Bell Bottom went to Scotland in a charted flight and after 14 days of self quarantine their, they are all set to start filming. This film unit has owned the routine of the crisis.

Earlier, Akshay revealed that he kept on working to achieve this stardom. In his inspirational journey, The actor has worked as a Chef in one of the biggest hotels of Bangkok before venturing into Bollywood where he received Rs 1500 Salary per month. He also got trained in various types of martial arts forms all over the World and infamous for his realistic stunts in the ‘Khiladi’ franchise.

On the other side only ccc has dared the crisis to shoot the promos of his mich elated Bigg Boss 4 reality show. Let’s see how many stars come forward daring the crisis in the coming days!