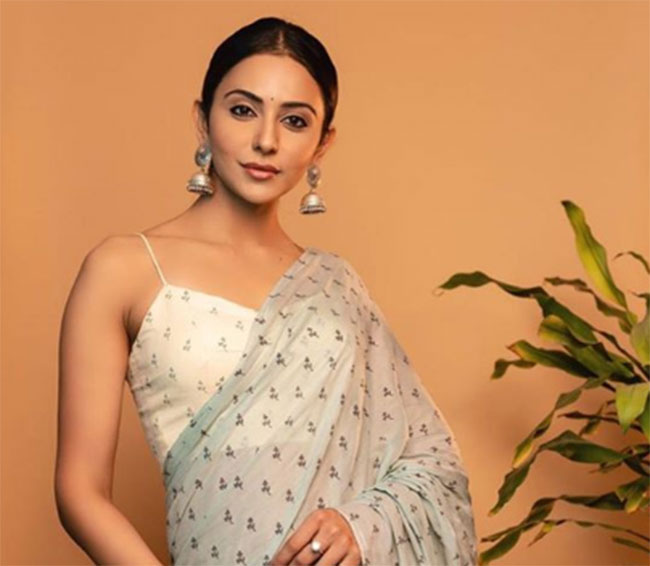 The long-legged beauty of Tollywood Rakul Preet Singh is busy with few new projects in her kitty. Rakul who was last seen in films like ‘De De Pyaar Se and ‘Marjaavan’ was offered a film with Arjun Kapoor. This film also stars John Abraham. The latest news tells that the film unit has called on Rakul to participate in the shoot to film the rest of the portions for two weeks. The shoot will be held in safe and secure environment in Mumbai Film Studio.

The actress who is ever active on social media is said to have dared the crisis recently and has participated in the ad shoot in a Mumbai Studio with utmost safety. Now the actress who stays in Delhi has moved to Hyderabad. There is no limit for the love of Rakul towards Hyderabad as it gave it all!
Rakul has to fly to Mumbai as the shoot begins on Monday.

In Tollywood Rakul has a film with youth star Nithiin which is directed by Chandra Shekar Yeleti. The film is tentatively titled ‘Check’. Moreover she is also part of India’s one of the best Director Shankar’s ‘Indian 2’. Let’s see how all these projects shape up her career!