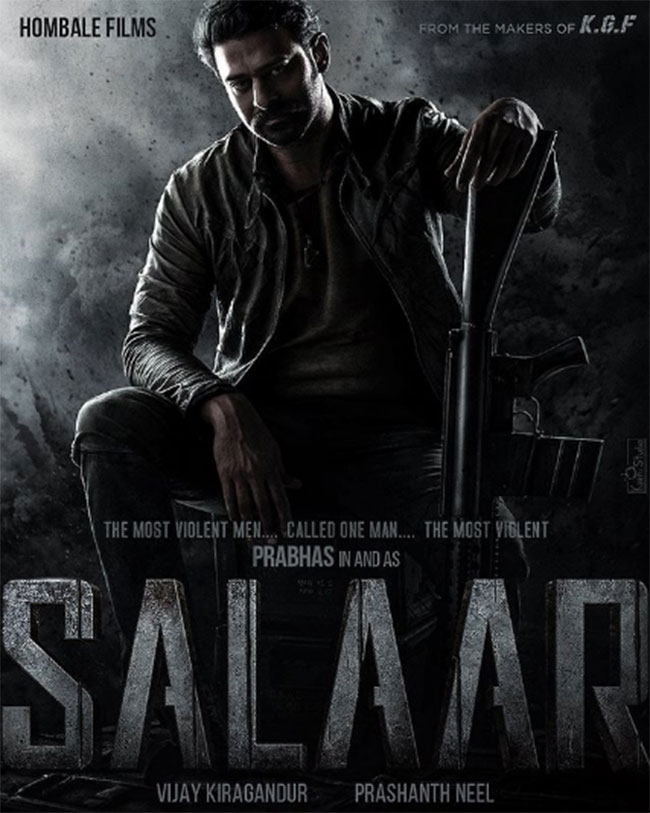 There rumors around Prabhas going to work with ‘KGF’ director Prasanth Neel has finally become true. The news was confirmed by Prabhas himself as he revealed the first look poster his upcoming film ‘Salaar’ under Prasanth Neel’s direction. This film is going to be made under ‘Hombale Films’ banner and produced by Vijay Kiragandur.

‘Salaar’ is an Urdu word which means leader and Prabhas looked menacing in this intense poster. He is resting his arm over a huge rifle and the tagline says ‘The most violent menâ€¦called one manâ€¦ The most violent.â€ This makes it clear that Prabhas is going to be seen as a violent character in this film which will be filled with loads of action and tons of elevation scenes just like ‘KGF’.

Prabhas said that the shooting will be starting from January 2021 and it is going to be interesting on how he manages both ‘Adipurush’ and ‘Salaar’ at the same time. Going by the poster, Prabhas will be seen in a different yet stylish look in this action flick. Prasanth Neel has set the bar so high for himself with ‘KGF’ and we need to see if he reaches it with ‘Salaar’ or not. Also, we need to see if the Telugu version gets a different title or it remains the same for every language.