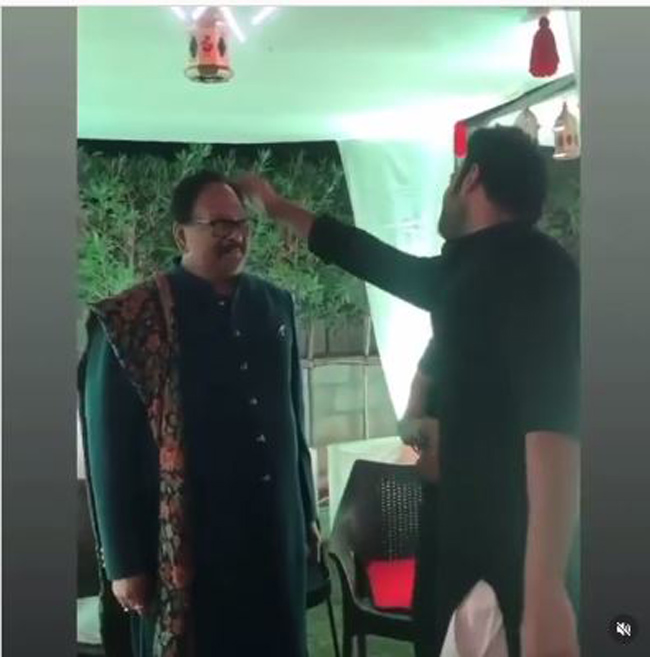 Despite being a pan-Indian hero, Prabhas is just a regular shy person who is quite close to his family. He doesn’t open up during interviews and gives public appearances rarely. His close friends say that he gives utmost importance to his loved ones and here is another example of it.

A heart-warming video is currently going viral all over social media. Prabhas is seen adjusting the hair of his father’s brother Krishnam Raju. As we know, the senior actor is a big name in the film industry and Prabhas made his entry in Tollywood with his help. They even acted together in films like ‘Billa’ and ‘Rebel’.

It seems like this video is taken during an event as both Krishnam Raju and Prabhas seem dressed up nicely. Fans are enjoying this bonding video and sharing it among themselves.

On the work front, Prabhas is getting ready with his romantic entertainer ‘Radhe Shyam’. He will also be working on films like ‘Adipurush’, ‘Salaar’ and Nag Ashwin’s film in the coming days.