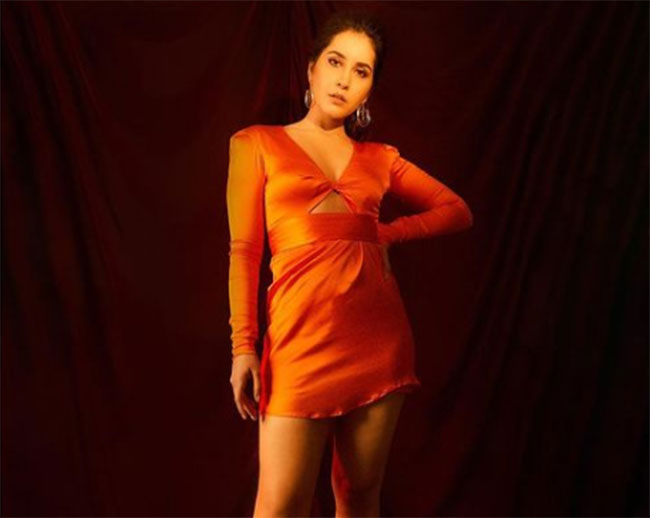 South star Raashi Khanna has impressed the audience even with her debut film. With unbearable glamour and strong acting skills, the Hyper actress has caught everyone’s eyeballs in the south film industry. The 30-year-old actress is now signing interesting projects one after the other in Tamil.

She recently bagged an offer to star opposite Tamil star Vikram. Raashi career is a bit more varied compared to other heroines. She is giving a shuttle between Tollywood and Kollywood. After doing Srinivasa Kalyanam in Telugu, she did four Tamil films consecutively. After that, she has flown to Tollywood and did three Telugu films in a row.

However, she didn’t get expected hits in her last films. So, the bubbly beauty is again focusing on Kollywood now. The actress has signed four Tamil films and is completely busy with them for the next year. She has lined Aranmanai 3, Methavi, Tughlaq Durbar and Shaitan Ka Bachcha in Kollywood.

As per the reports, Raashi has also mastered the Tamil language without wasting any of the lockdown time. Seems like Raashi is hitting very strong in Kollywood this time.