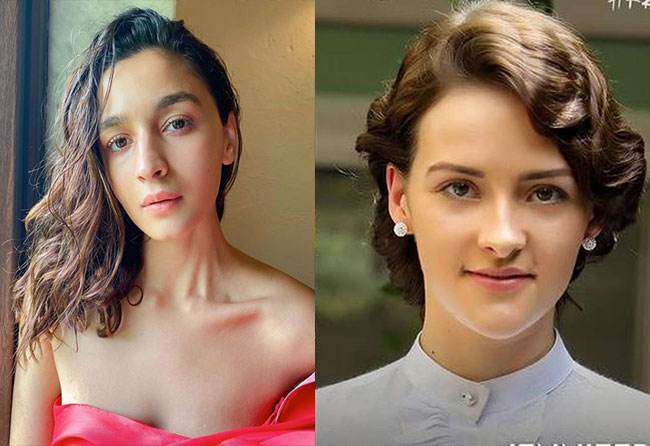 SS Rajamouli’s magnum opus ‘RRR’ has been in the news since its inception. The film is being made on a huge budget with star cast like Jr NTR, Ram Charan, Alia Bhatt, Ajay Devgn, Olivia Morris, Shriya Saran and others.

The actors have been giving their best in terms of acting to reach the expectations of the audience. As RRR is naturally a Telugu film, lead actors Ram Charan and Jr NTR can effortlessly dub their roles in Telugu. But, when it comes to Alia Bhatt and Olivia Morris, they may feel difficult to dub their roles.

The latest we hear is Rajamouli is said to appointed a voice coach to get her the Telugu dialogues with appropriate expressions. The director is taking special care of them so that they can quickly get the modulation of the language.

The film is being made on two legendary freedom fighters, Komaram Bheem and Alluri Seetharamaraju. However, the RRR is fictional and not at all a patriotic film.