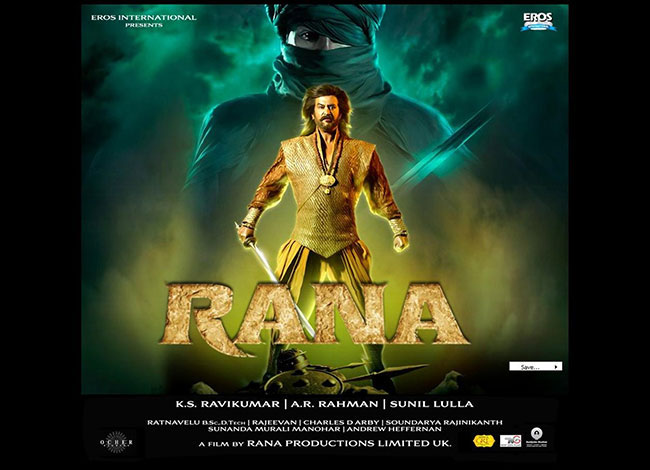 Rajinikanth’s big-budget period drama ‘Rana’ went on the floors in 2011. However, after the first day of the shoot, the actor’s health condition worsened and he was rushed to Singapore for treatment.

Doctors told him not to take part in the shooting which involves heavy action scenes, even if he recovered. So, the project was shelved keeping Rajinikanth’s health in mind. The pan-Indian film also stars Amitabh Bachchan and Deepika Padukone.

Now, director KS Ravikumar revealed that he recently narrated the script of Rana to Rajinikanth once again. The director noted that it was Rajinikanth who wanted to revisit the script.

After hearing the script, he said, can we do this movie now? The director said it was possible. But Rajini had politics on his mind and said he didn’t know if he had that kind of time to invest in a film that required a grand scale of production. Let us wait and see what’s in store for Rana.