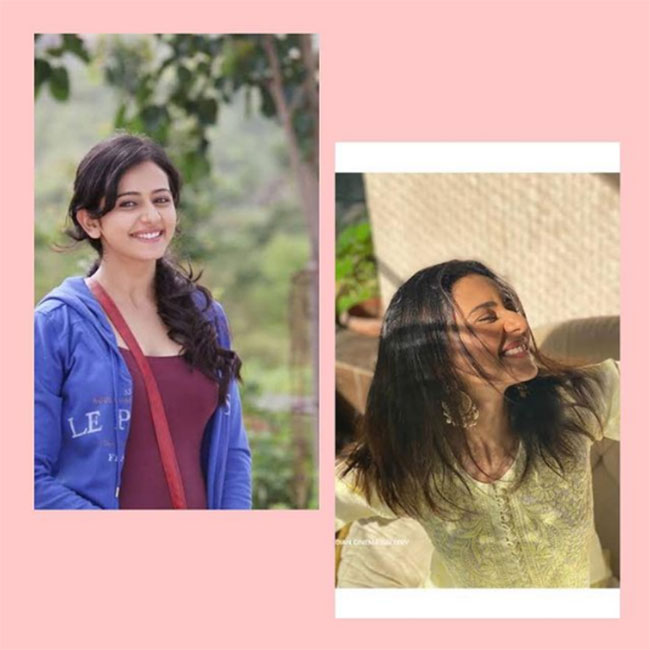 South siren Rakul Preet Singh has completed seven years of her career in the Telugu film industry. On September 29, 2013, the 30-year-old actress made her Telugu debut with Merlapaka Gandhi’s Venkatadri Express.

In these last few years, she featured in some super-hit films like Dhruva, Nannaku Premathi, Sarrainodu and more, making her one of the most bankable actresses in Telugu film industry. The Rarandoi Veduka Chudham actress took to social media to reminisce on her journey and thanked fans for all the love.

Using the hashtag #7yearsofTFI, Rakul Preet wrote: “I was all smiles then and all smiles now and the reason is all the people who accepted me with soo much love. From being a Delhi girl to a pakka telugu ammayi, This journey has been beyond beautiful. Thanking every director, producer, costar, peer, friend and fan who believed in me, stood by me, appreciated and criticized me to help me evolve into a better me with each passing day. Nothing of course would have been possible without my family, manager and team.”

On the work front, Rakul will next be seen alongside Amitabh Bachchan and Ajay Devgn in the thriller drama, Mayday. The film is directed and produced by Ajay Devgn. She will also be seen in Chandrasekhar Yeletiâ€™s Check, with Nithiin and Priya Prakash Varrier as her co-stars.