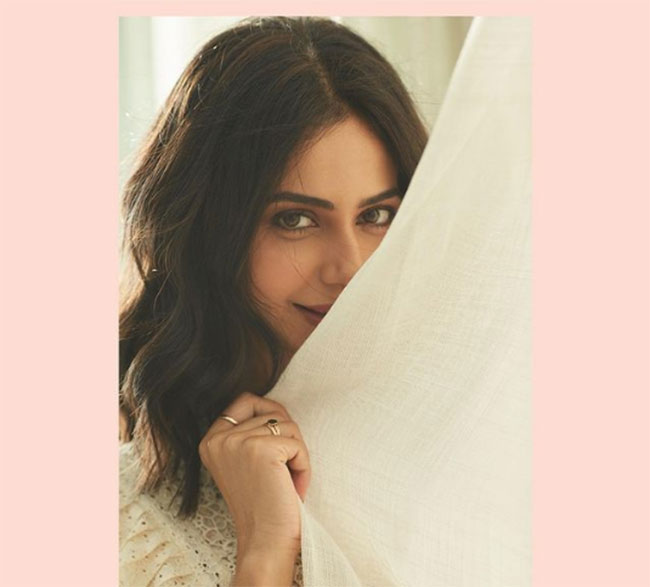 Rakul Preet Singh is one of the talented and busiest actresses in the film industry. The actress has been busy round the clock with a handful of films in Telugu and Tamil. The 30-year-old star has spread her talent wings to Hindi film industry and scored a couple of decent hits there. The Punjabi beauty has been juggling between South and North and is working for a few films in a row.

Rakul Preet on Friday described herself as an old soul with young eyes in a new post on social media. By sharing the picture, the Aiyaary actress seems to promise fans a new series is coming soon. She posted a picture that captures her hiding behind a white curtain, with only half of her face is visible.

“Just an old soul with young eyes and a vintage heart #newshootseries #comingsoon,” she captioned the image.

Besides this, Rakul Preet Singh will also be seen in Telugu films such as an untitled project with director Krish and Chandrasekhar Yeletiâ€™s ‘Check’ alongside Nithiin.